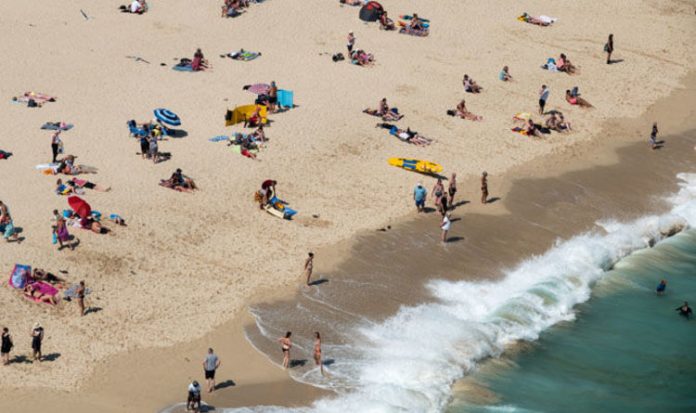 The sector ranges from accounting and law to medical care, teaching, retail and hospitality and accounts for nearly 80 per cent of Britain’s economy.

Its strongest growth since October was much better than expected and follows positive PMI reports from the manufacturing and construction sectors, which suffered in the first three months of the year from factors including the unusually bad weather.

The all-sector PMI also rose, prompting speculation the economy grew by 0.4 per cent between April and June, up from 0.2 per cent in the first quarter of 2018.

The news pushed the pound up against the US dollar as markets grew more confident the Bank of England will hike interest rates in August, from 0.5 to 0.75 per cent, boosting investors’ returns on deposits in British banks.

Chris Williamson, chief business economist at IHS Markit, said: “Stronger growth of service sector activity adds to signs that the economy rebounded in the second quarter and opens the door for an August rate hike, especially when viewed alongside the news that inflationary pressures spiked higher.”

Some experts think the latest figures could understate growth, as the services PMI does not include activity on the high street, and they said the findings were reassurance that the slowdown in GDP growth in the first quarter was temporary.

Howard Archer, chief economic advisor to the EY ITEM Club, said: “Activity in June benefited from a pick-up on consumer spending on services – helped by the fine weather, which adds to evidence that consumers have perked up recently.

“Meanwhile, demand for professional and business services firmed in June.

“This was helped by improving economic conditions. However, reports continue that Brexit-related uncertainties were holding back business investment, particularly in relation to spending by large corporate clients.”

Strong demand for services led to the highest increase in work backlogs for three years, according to yesterday’s WED report.

Job creation remained modest, due to problems recruiting staff – which has an upside for workers as some companies are raising wages to attract and keep staff.

Some firms facing higher operating costs including fuel are seeking to save money by not replacing staff who leave.

Higher salaries and oil prices strengthen speculation that inflation will pick up again from its current rate of 2.4 per cent.