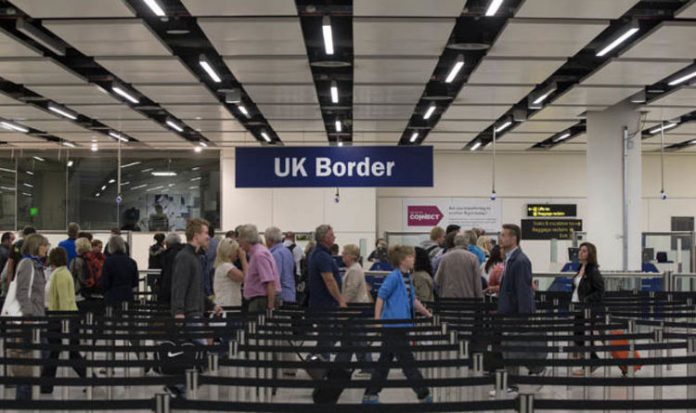 The Migration Advisory Council (MAC)’s 132-page report, published on Tuesday, said that a migrant’s impact must be judged on “skills, employment, age and use of public services, and not fundamentally on their nationality.”

The recommendations which include making it easier for high skilled migrants to come to fill vital roles and harder for low skilled  labour to flood the UK market, mark a generational change in the view of migration in the UK.

However, there was criticism of the report for controversial conclusions that immigrants pay more in taxes than they take in benefits and that there was no evidence the massive influx of unskilled labour has driven down wages.

Lord Green of Deddington, Chairman of Migration Watch UK, said: “This is a very technical report which seems blind to the impact of high levels of EU immigration on many communities in this country as a result of rapid population growth.

“With immigration adding one million to our population every three years this simply cannot go on.”

He also warned that the loose definition of high skilled labour in the report means “these proposals would permit continued high levels of immigration, including those with medium skills from all over the world”.

He added: “The overall outcome would be to weaken immigration control rather than strengthen it.”

The report was drawn up after ministers asked experts to carry out an in-depth analysis on the patterns and impact of migration from the European Economic Area in July last year to help them draw up proposed new rules for after the “implementation” period ends in December 2020.

The Migration Advisory Committee’s (MAC) final report says that, if immigration is not part of the negotiations with the EU and the UK is deciding its future system in isolation, there should be no preference given to EU citizens.

It says: “A migrant’s impact depends on factors such as their skills, employment, age and use of public services, and not fundamentally on their nationality.”

The committee emphasised that it was not expressing a view on whether immigration should be part of the negotiations.

MAC chairman Professor Alan Manning said: “If – and this is not an MAC recommendation – immigration is not to be part of the negotiations with the EU and the UK is deciding its future migration system in isolation, we recommend moving to a system in which all migration is managed with no preferential access to EU citizens.”

This would mean ending free movement but that would not make the UK unusual, he said, citing Canada’s approach as an example.

Prof Manning added: “The problem with free movement is that it leaves migration to the UK solely up to migrants and UK residents have no control over the level and mix of migration.”

The review also suggested the future immigration policy should favour high-skilled workers as there is clear evidence they bring benefits to the UK’s public finances, innovation and productivity.

But in a finding that is likely to spark opposition from some sectors, the MAC concludes that there is no need for a specific migration route for low-skilled work, with the possible exception of a seasonal agricultural scheme.

The report recommends that a cap on the number of Tier 2 skilled work visas should be scrapped and the scheme opened up to migrants in medium-skilled posts.

Business groups such as the CBI, who have pushed for the UK to Remain in the EU and a continuation of free movement to attract even more cheap labour, were critical of the report.

Matthew Fell, UK policy director of the CBI, said: “The current non-EU visa system is highly bureaucratic and cannot be extended to EU workers without major reform, so the MAC is right to recommend scrapping the tier 2 cap. But these proposals don’t go far enough.”

Earlier this month, Home Secretary Sajid Javid said he would publish a white paper “soon” after the MAC’S findings are released.