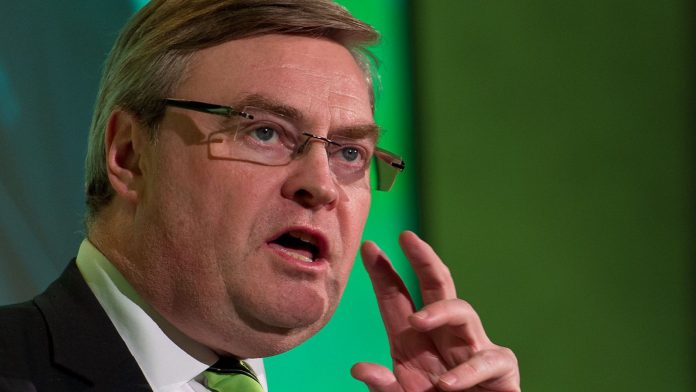 People who “undermine” the UK with “extreme EU loyalty” should be tried for treason, a Conservative MEP has said.

David Bannerman, who represents the East of England in the European Parliament, took aim at all those “seeking to destroy or undermine the British state” and compared them to “jihadists”.

The MEP was responding to calls for the UK’s treason laws to be updated to include two British-born IS terrorists – Alexanda Kotey and El Shafee Elsheikh, members of the cell called “the Beatles”.

Mr Bannerman wrote on Twitter: “It is about time we brought the Treason Act (of 1372) up to date and made it apply to those seeking to destroy or undermine the British state.

“That means extreme jihadis. It also means those undermining the UK through extreme EU loyalty.”

He then deleted the tweet, but re-posted it adding that the treason definition should include those “in future actively working undemocratically”.

It is about time we brought the Treason Act up to date and made it apply to those seeking to destroy or undermine the British state. That means extreme jihadis. It also means those in future actively working undemocratically against U.K. through extreme EU loyalty pic.twitter.com/CXSPCJqjOz

In further comments, Mr Bannerman said “it’s good to debate what should be in future treason act” and told one person to “try and debate and not resort always to abuse and threats”.

Stephen Doughty, a Labour MP and supporter of the pro-EU Open Britain campaign, called the suggestion “shocking and disgraceful”.

He told Sky News: “If Mr Bannerman aim is to intimidate those of us who support a people’s vote on a final Brexit deal into silence I can only tell him he will fail.

“In the meantime Theresa May should make it clear she won’t be party to such campaigns of political bullying.”