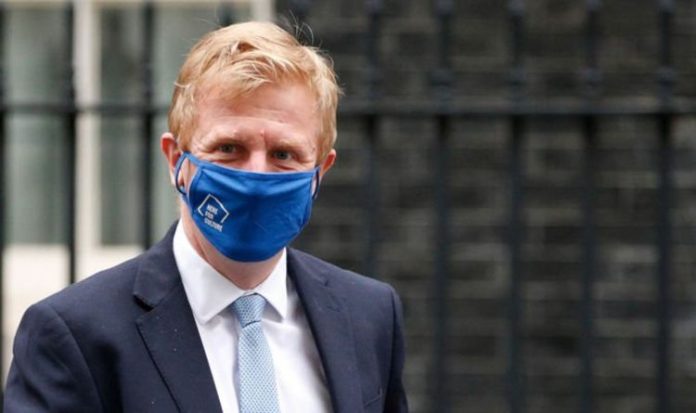 The powerful Common Sense group of Tory MPs has written to culture secretary Oliver Dowden demanding that he investigates why a £99,600 grant from the Heritage Lottery Fund was given to a “political project.” The rules regarding Lottery grants specifically prevent it from funding political projects. The National Trust had already provoked the ire of the group and many of its members with the publication of “Colonial Countryside” at the height of the Black Lives Matter protests.

The publication, largely drawn up by Corinne Fowler, Professor of PostColonial Literature at Leicester University, linked almost 100 trust properties to colonialism and the slave trade.

It has led to demands that the trust loses access to government funds and hundreds of people have reportedly resigned their membership.

The project also received almost £60,000 from the Arts Council which also comes under Mr Dowden’s remit.

In a letter to the culture secretary, the Common Sense group of more 60 Tory MPs, chaired by former children’s minister Sir John Hayes, described the report as an “ideologically motivated endeavour, designed to revalue Britain’s heritage and rewrite our history.”

They added that it had “caused such offence, and has led to many resignations from the Trust and dismay among volunteers, as the former owners of treasured properties, who bequeathed them to the Trust, have been smeared by accusations and insults.”

They also condemned “the project’s sinister attempt to use ‘child advisory boards’ comprising primary school pupils to ‘reverse-mentor’ staff and volunteers is particularly unwise and, arguable, unethical too.”

This considered, we were surprised to learn that the ‘Colonial Countryside’ project was paid for by taxpayers, receiving £160,000 from Arts Council England and The Heritage Lottery.

They also raised concerns that Prof Fowler, the ‘Colonial Countryside Project Lead’ since has authored a highly controversial book, ‘Green Unpleasant Land’ containing her “own stories and poems written in response to the research she has undertaken and the material objects she has encountered’ which Leicester University has forwarded to the government to secure an extra £350,000 of funding.

The MPs demanded that this request for funding is denied.

They added: “We implore you to use the powers available to you as Secretary of State to immediately investigate the provision of taxpayer’s money to support ideological, political causes. Powerful left-wing interests have demonstrated ruthless effectiveness in the suppression of even nominally conservative cultural initiatives.

“Surely now it is time to end any and all public funding provided to radical projects which disparage our nation and despise the history of its people. It is abhorrent that hard working patriots are funding the enormously damaging, unpatriotic pet-projects of well-heeled academics.”

“This three-year education programme for young people was designed to help them explore country houses’ Caribbean and East India Company connections, from trade in Caribbean rum, tea and salt to slave ownership.

“As part of this project, school pupils visited National Trust properties to work with historians and writers on a variety of activities, including public speaking, examining archives, co-producing exhibitions and leading tours.  Hands-on education such as this helps to inspire the next generation of archivists, curators, historians and writers.”