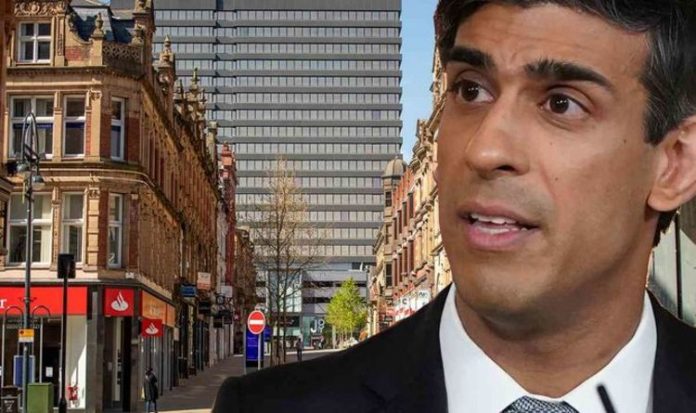 Readers were asked if they thought the Government’s furlough scheme, which assists those who have had to stay off work because of lockdown condition, should be extended. The monthly allowance is paid for by the Government and capped at £2,500 per month. Chancellor Sunak has announced the scheme will expire at the end of April 2021.

However, Westminster insiders believe Mr Sunak could extend the scheme, which was initially scheduled to finish on April 30.

It is thought the scheme could continue until the summer, providing further support for Britons out of work, but hinting at lengthening Covid restrictions.

The scheme has been used by around 9.5 million people and has had a cost of £41.4 billion since its outset.

The total cost of the furlough scheme could exceed £50bn and is being paid for by increased Government borrowing.

Many Express readers were opposed to the idea of extending the Government’s furlough scheme and made their view clear in the comments section of the article.

A reader who commented on the poll said: “It’s one long holiday just now paid for by the state.

“Turn off the money and the raves, partying and house parties will stop.”

One Express reader thought the Government has “given enough, and if there is unemployment maybe they can pick fruit and vegetables or flowers like in today’s article”.

Speaking to Express.co.uk, former Brexit Party MP Ben Habib pleaded with the Chancellor to not extend the scheme.

He said: “I can understand why Rishi Sunak might wish to extend furlough but it is a mistake.

“Having done that we must now get back to work.

“To delay is to cause unnecessary damage to an already greatly damaged economy.”

Schools will reopen on March 8 and outdoor socialising will resume later in the month.

Mr Johnson will first update MPs on his plans in an address in the House of Commons at 3.30pm today.

He will later address the nation in a special press conference from Downing Street at 7pm.