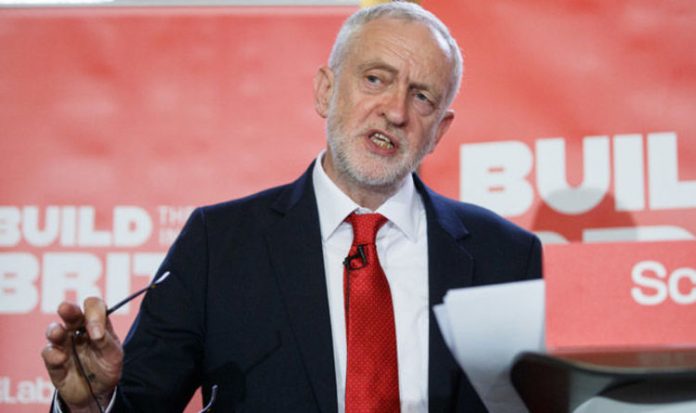 It came ahead of a crucial NEC meeting todayTUES where Jeremy Corbyn is under pressure from senior party figures, including his shadow foreign secretary Emily Thornberry, to adopt the full international definition of anti-Semitism.

This includes clauses which accept the state of Israel has a right to exist and is not solely responsible for the problems with the Palestinians which Mr Corbyn has reportedly resisted accepting Mr Willsman courted controversy when he described some Jews as “Trump fanatics” in a heated meeting of the hard left group Momentum which backs Mr Corbyn.

Jennifer Gerber, director of Labour Friends of Israel, said: “It is deplorable that Pete Willsman has been re-elected to the NEC and a terrible reflection on Labour’s commitment to tackling anti-Semitism.”

She called on Mr Corbyn to demand that Mr Willsman does not take his seat on the NEC.

The Jewish Labour Movement also criticised the outcome of the NEC, tweeting: “We note the election of Willsman to the ruling body of the Labour Party. It does appear to be one rule for friends of Jeremy & one rule for others. Others remain under investigation whilst Willsman faces no further action for insulting community Rabbis representing British Jews.”

Denny Taylor, spokesperson for Labour Against Anti-Semitism, said: “The election of the ‘#JC9’ slate by Labour members to the party’s NEC raises further concerns about institutional anti-Semitism in the party.”

Question marks were also raised about the other members of the JC9 slate whicvh include Darren Williams who has previously demanded those accused of anti-Semitism should not be expelled; Rachel Garnham who has claimed that the international definition of anti-Semitism was “deeply flawed; and Huda Elmi who marched against “Israel’s imperial beginning”.

She said: “I understand why people looked at some of the examples and thought, ‘Hang on a minute, how can we implement this? Might it mean that people can’t criticise the state of Israel?’ My interpretation is that clearly, we can. I’ve read a number of legal advices that say that we can.”

Ahead of the meeting, Barking MP Dame Margaret Hodge, who had been threatened with disciplinary action for standing up to alleged anti-Semitism in the party, said that Mr Corbyn’s stance meant that the acceptance of the IHRA definition, and its examples, may no longer be enough.

She said: “Corbyn has got a problem to deal with and the problem is he is the problem.

“As long as we are seen as an anti-Semitic and racist party, ordinary people will not tolerate a party that is seeped in anti-Semitism.”

Mr Corbyn’s position was further weakened when veteran MP Frank Field announced he would not resign as an MP and cause a by-election after leaving the parliament Labour party over the anti-Semitism of the hard left supporters of Mr Corbyn.

“Antisemitism is one aspect of what is a deeper problem with the politics of Jeremy Corbyn and the people around him which is sort of a visceral anti-Western position,” Blair said in an exclusive interview to mark the launch of Euronews’ Raw Politics show.

“In a way, their attitudes to Israel got kind of caught up in that bigger and broader argument,” he added.