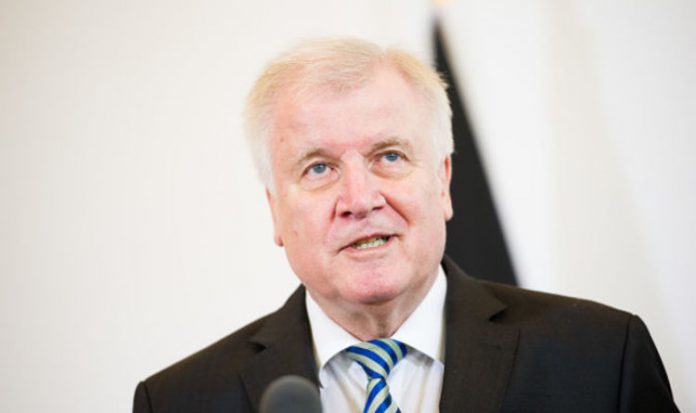 Germany distanced itself from post-Brexit Britain after a letter penned by the country’s Interior Minister Horst Seehofer that called for “unrestricted corporation” with the UK was snubbed.

Mr Seehofer made the exceptional move and wrote to the EU to warn that the bloc’s dogmatic approach to Brexit would put lives at risk.

But the German government also wrote to Brussels shortly after Mr Seehofer and said the national ministers remarks reflected his own personal view and not that of Germany.

Senior diplomat Thomas Eckert wrote: “I would like to make it clear that Seehofer’s is not a letter agreed in the federal government.

“Parts of the letter are in contradiction with the guidelines of March 2018, issued by the European Council in its Article 50 format, and with the position in this regard agreed by the federal government.

“Insofar I clarify that the federal government of course sticks to the content of those guidelines and its position previously taken.”

Mr Seehofer’s letter followed a head row with Angela Merkel over migration that came close to seeing their coalition government collapse and ultimately her being booted out of a job.

But after putting huge pressure on the German Chancellor, she struck a deal with EU leaders to turn back migrants who had already sought asylum in other EU member states as part of a major crackdown on Germany’s immigration policy, Politico reports.

During the spat, Mr Seehofer contacted Brussels and criticised their negotiating strategy with Britain over Brexit and diverged from Berlin’s official policy to argue that “ensuring the security of citizens in Europe should take precedence over all other aspects of exit negotiations”.

The letter continued: “Weakening the European security architecture would affect all EU citizens and undermine their fundamental need for security.

“The ever present threat of cross-border terrorism shows the need for unlimited co-operation in future.”

But biting back, the German government dismissed the view in a letter dated last Friday.

Commission President Jean-Claude Juncker responded by saying that “we have a mandate from the European Council that we are going to respect”.