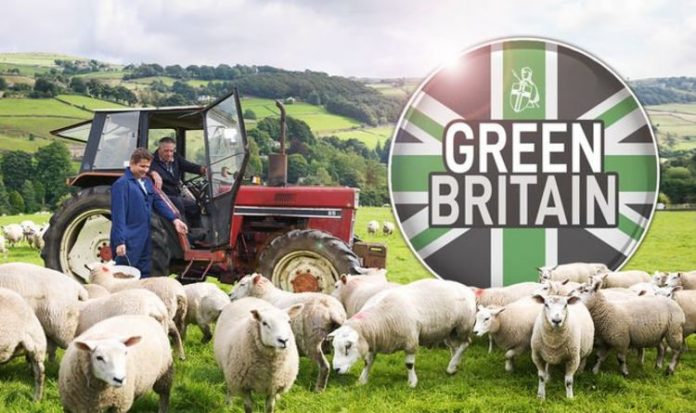 A new system that brings agriculture and ecology together is being taken seriously at Downing Street, with November 2020’s Agriculture Bill one example of how the Government is attempting to make agriculture “work with nature rather than against it”. This “transformative legislation” sets out how farmers and land managers in England will be rewarded with public money for “public goods” rather than by how much land they have that is in “agricultural condition”, as was the case under Europe’s Common Agricultural Policy. The taxpayer will still be expected to pay out the same amount on subsidies for farmers that were due under the Common Agricultural Policy, about £3billion a year.

However, landowners will need to deliver “public goods” that have been outlined in the Government’s 25 Year Environment Plan and the Clean Growth Strategy.

The Department of Environment and Rural Affairs statement on the new Bill said it would ensure, “better air and water quality, thriving wildlife, soil health” for England.

Speaking to Express.co.uk, Anna Jones, head of food and forests at Greenpeace UK, said: “Industrial farming is wiping out ecosystems both in the UK and in places like South America where forests are destroyed to grow animal feed for industrially produced British chicken and pork.

“The government has an opportunity now to ensure our food system works with nature rather than against it.

The UK has a golden opportunity to create an agricultural policy that is nature friendly (Image: GETTY)

“They can do this by giving the right financial support to farmers to deliver it, many of whom are trying to do the right thing but are being forced to compete in an industrial system.

“By embracing nature-friendly farming and producing more of our food closer to home, we will see a shift that will undoubtedly result in a much brighter, healthier future for everyone.”

Also, speaking to Express.co.uk sustainable farmer, Philip Allen, who advises on regenerative agriculture said the UK has now a golden opportunity to enact the latest research in getting the best from our land alongside reducing atmospheric Carbon Dioxide, which causes climate change.

He explained how grass has the capacity to “transfer” Carbon Dioxide from the atmosphere back into the soil, whereas trees will only absorb the global warming gas for the period that they are alive.

READ MORE: Have you got false widow spiders in YOUR house: How to spot them?

The Government have a golden opportunity to create an agricultural policy that is nature friendly (Image: GETTY)

However, he described how grass stops its “transfer” process when it reaches seed maturity.

He said: “If grass is grazed down throughout the year it will be constantly transferring carbon into the ground.

“This is known as ‘mob grazing’ and is modelled on how Bison move across prairies.

“What farmers in the UK can do is change the way their livestock graze.

“Cattle, instead of being the second cause of climate change, can actually save us, this could be done by simply grazing down grass then letting it grow again on a cyclical method, up to three times per year.”

DON’T MISS
How to get rid of spiders: Do conkers REALLY ward off spiders? [INSIGHT]
UK Spiders: Why incoming giant house spiders are GOOD for UK homes [INSIGHT]
Spiders: How to identify spiders in YOUR home? 10 common UK spiders [EXPLAINER]

The EU’s Common Agricultural Policy has been labelled one of “the most powerful drivers of environmental destruction in the northern hemisphere”.

Even staunch Remainer, George Monbiot, has argued it was the one good reason for Britain’s exit from the bloc.

In an opinion piece written in 2018, he wrote: “I’m a Remainer, but there’s one result of Brexit I can’t wait to see: leaving the EU’s common agricultural policy.

“This is the farm subsidy system that spends €50bn (£44bn) a year on achieving none of its objectives.

“It is among the most powerful drivers of environmental destruction in the northern hemisphere.

“Because payments are made only for land that’s in “agricultural condition”, the system creates a perverse incentive to clear wildlife habitats, even in places unsuitable for farming, to produce the empty ground that qualifies for public money.

“These payments have led to the destruction of hundreds of thousands of hectares of magnificent wild places across Europe.

“It is also arguably the most regressive transfer of public money in the modern world.