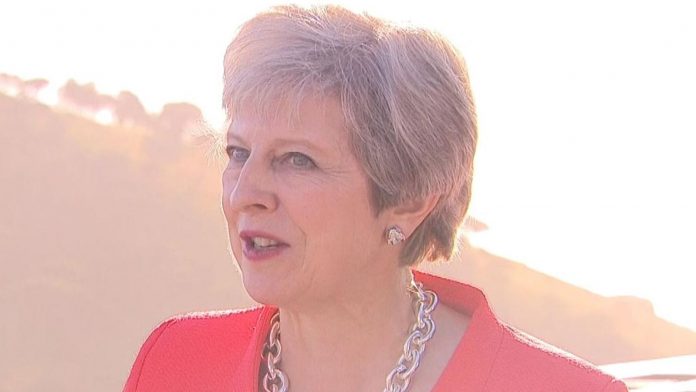 Theresa May has repeatedly refused to say whether she would back Brexit now, claiming how people would vote in a referendum on the final deal is “not the issue”.

The prime minister ruled out answering any “hypothetical questions” when quizzed by Sky News on her support for Brexit during a trip to South Africa.

Asked whether she would now vote to leave the EU, the former Remain supporter said: “We’re not in the business of having a second referendum on Brexit.

“What we’re in the business of doing is delivering Brexit.

“So actually what somebody would vote for today is not the issue.

“The issue is: are we doing what the people wanted? The answer is yes – this government is delivering it.”

Mrs May also refused to be drawn on a warning from her former foreign secretary, Boris Johnson, that her Chequers proposal would risk harming Britain’s economy.

And Mrs May paid tribute to her “great welcome” to South Africa, after the prime minister joined in with a group of dancing pupils during a visit to a school in Cape Town.

“I think the chances of Strictly Come Dancing coming calling are pretty minimal,” she said.

Responding to a question about nicknames it may have earned her, Mrs May said: “I’ve been called many things in my time.”