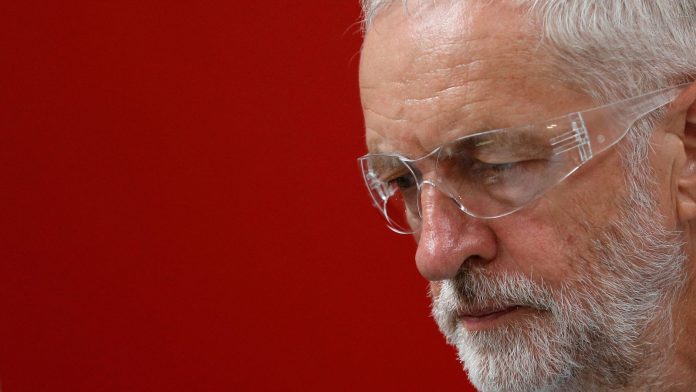 The UK’s former chief rabbi has called Jeremy Corbyn an “anti-Semite”, saying he gives support to “racists, terrorists and dealers of hate”.

Lord Jonathan Sacks, a crossbench peer who was the Commonwealth chief rabbi from 1991-2013, said the Labour leader’s comments on British Zionists were the most offensive made by a senior UK politician since Enoch Powell’s rivers of blood speech in 1968.

Lord Sacks made the remarks after footage emerged of Mr Corbyn attacking British Zionists who had criticised the Palestinian ambassador, Manuel Hassassian.

In the footage shot in 2013, Mr Corbyn said: “They clearly have two problems.

“One is they don’t want to study history, and secondly, having lived in this country for a very long time, probably all of their lives, they don’t understand English irony either.”

Speaking in the New Statesman, Lord Sacks said: “The recently disclosed remarks by Jeremy Corbyn are the most offensive statement made by a senior British politician since Enoch Powell’s 1968 ‘rivers of blood’ speech.

“It was divisive, hateful and like Powell’s speech it undermines the existence of an entire group of British citizens by depicting them as essentially alien.

“We can only judge Jeremy Corbyn by his words and his actions. He has given support to racists, terrorists and dealers of hate who want to kill Jews and remove Israel from the map.

“When he implies that, however long they have lived here, Jews are not fully British, he is using the language of classic pre-war European anti-Semitism.”

Lord Sacks added: “When challenged with such facts, the evidence for which is before our eyes, first he denies, then he equivocates, then he obfuscates.

“This is low, dishonest and dangerous. He has legitimised the public expression of hate, and where he leads, others will follow.

“Now, within living memory of the Holocaust, and while Jews are being murdered elsewhere in Europe for being Jews, we have an anti-Semite as the leader of the Labour Party and Her Majesty’s Opposition.

“That is why Jews feel so threatened by Mr Corbyn and those who support him.”

Mr Corbyn has been reported to the parliamentary standards watchdog by the Conservatives over his remarks.

Helen Grant, the Tory vice-chairwoman for communities, said the comments had been branded “xenophobic and anti-Semitic”.

Labour MP Luciana Berger said the remarks made her feel unwelcome in her own party.

A Labour Party spokesperson said: “This comparison with the race-baiting Enoch Powell is absurd and offensive.

“Jeremy Corbyn described a particular group of pro-Israel activists as Zionists, in the accurate political sense, not as a synonym or code for Jewish people.

Mr Corbyn has said the remarks were defending the ambassador from “what I thought were deliberate misrepresentations” by people “for whom English was a first language when it isn’t for [him].”