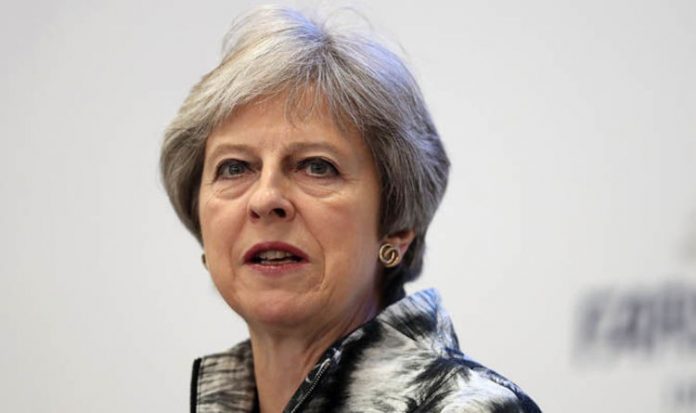 The party called on Conservative ministers to realise that fears for the peace process were being exaggerated – a potentially dangerous warning for the PM who relies on DUP votes for a majority in the House of Commons.

Former Northern Ireland Secretary Owen Paterson said the issue had been “shamefully exploited by Brussels and Remainers in an attempt to block Brexit”.

He added: “Suggestions that Brexit might threaten peace in Northern Ireland are politically motivated and deeply irresponsible”.

He also accused Brussels of listening only to Dublin.

The DUP are against the EU’s proposed “backstop”, which would effectively create a trade barrier in the Irish Sea. DUP MP Jeffrey Donaldson claimed Dublin and Brussels “have overhyped the Irish border issue to try to extract more concessions from the UK Government”.

But Mr Paterson said there was already a “very real border” between NI and the Republic, with different currencies and tax regimes.

He claimed that “doom-laden” predictions of chaotic checkpoints and delays were unrealistic.

“Avoiding such a border is perfectly achievable with modern technology and the goodwill which exists on both sides,” he said.

Mr Varadkar is under increasing pressure over Brexit amid reports he could face a general election before the end of the year.