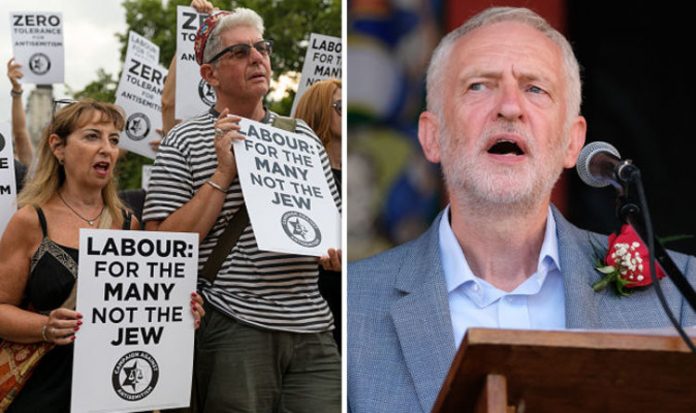 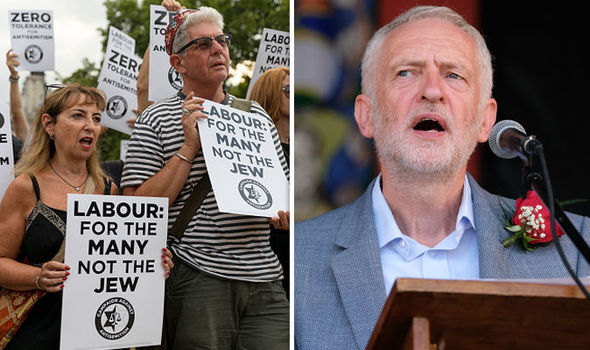 The Labour leader has spoken out for the first time about the anti-Semitism scandal (Image: GETTY)

The Labour leader has spoken out for the first time about the anti-Semitism scandal which has plagued the party.

Writing in The Guardian, Mr Corbyn said he was confident the disagreement over the International Holocaust Remembrance Alliance (IHRA) definition of anti-Semitism “can be resolved through dialogue with community organisations”.

But he gave no indication of switching policy because he claims the definition restricts criticism of Israel “that is not anti-Semitic”.

He said: “Seven of the IHRA examples were incorporated word-for-word. And I believe the essence of the other four have also been captured.

“It is unfortunately the case that this particular example, dealing with Israel and racism, has sometimes been used by those wanting to restrict criticism of Israel that is not antisemitic.

“The Commons home affairs committee acknowledged this risk when it looked at the IHRA examples.

“But I feel confident that this outstanding issue can be resolved through dialogue with community organisations, including the Jewish Labour Movement, during this month’s consultation.” 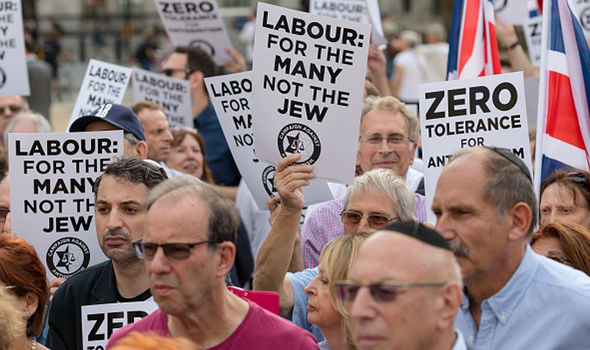 But the leader said he still ‘acknowledges’ there is a ‘real problem’ in his party (Image: GETTY)

Ms Hodge released a series of letters between her lawyers and the party calling for the allegations made against her to be substantiated or dropped.

Mr Corbyn also rejected the Jewish press claims last week that he posed “an existential threat to Jewish life in this country” and said it was “overheated rhetoric”.

He said: “I do not for one moment accept that a Labour government would represent any kind of threat, let alone an ‘existential threat’, to Jewish life in Britain, as three Jewish newspapers recently claimed.

“That is the kind of overheated rhetoric that can surface during emotional political debates.” 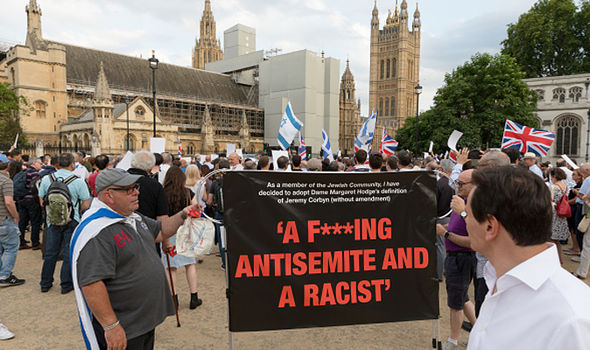 But the leader said he still “acknowledges” there is a “real problem” in his party.

He continued: “I want Jewish people to feel at home in the Labour party and be able to play their full part in our work to take our country forward.

“And I appreciate that this cannot happen while antisemitic attitudes still surface within Labour, and while trust between our party and the community is at such a low ebb.”

He then goes on to say that Labour was too slow in processing disciplinary cases of antisemitic abuse.

Mr Corbyn also admits that “Labour staff have seen examples of Holocaust denial, crude stereotypes of Jewish bankers, conspiracy theories blaming 9/11 on Israel, and even one individual who appeared to believe that Hitler had been misunderstood”.

This comes after one of his main allies on Labour’s National Executive Committee (NEC), the so-called “JC9”, was recorded claiming there was a conspiracy online of “Jewish Trump supporters” to discredit the party.

Peter Willsman spoke at the same conference in which Labour decided not to accept the IHRA definition.

The Corbyn ally asked members to put their hands up if they had seen anti-Semitism within Labour because he believed it was “made up”.

He then said he was surprised people put their hands up.

But Mr Corbyn claims anti-Semites do not represent him or his party.

He also pointed out it was a minority of members who have been accused of anti-Semitism.

He concluded: “People holding those views have no place in the Labour party.

“They may be few: the number of cases over the past three years represents less than 0.1 per cent of Labour’s membership of more than half a million. But one is too many.

“Our party must never be a home for such people, and never will be.

“People who dish out antisemitic poison need to understand: you do not do it in my name. You are not my supporters and have no place in our movement.”