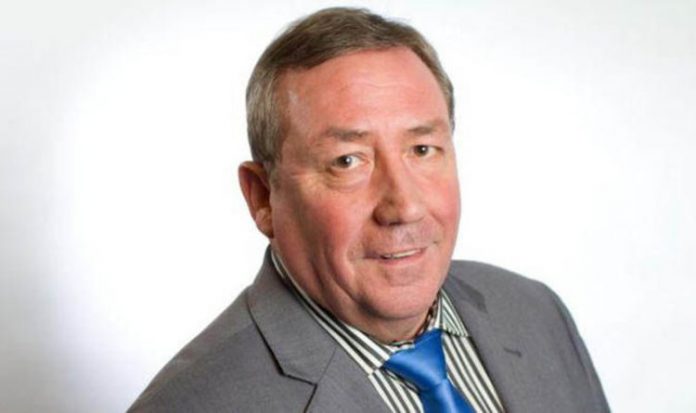 Critics said Left-wing former MP Jim Sheridan “plumbs the depths of antiSemitic conspiracy theory”, following his comments in a Facebook post – perceived as a slight against the millions of Jewish people slaughtered by the Nazis during the Second World War.

Mr Sheridan, 65, who represented Paisley and Renfrewshire North in Parliament from 2005 to 2015 and now serves as a councillor in Renfrewshire, stated in the post: “For almost all my adult life, I have had the utmost respect and empathy for the Jewish community and their historic suffering.

“No longer, due to what they and their Blairite plotters are doing to my party and the long-suffering people of Britain who need a radical Labour government.”

Mr Sheridan later attempted to defend his comments, saying: “I have every sympathy with the Jewish struggle and the horrors they have come through, and on many occasions I have signed the condolences book.

“I’m just angry and frustrated that my party have been hijacked by people who are using anti-Semitism as an excuse to undermine the leadership of our party.”

Mr Sheridan has previously come in for criticism after calling for a curb on reporting MPs’ activities in 2013, following the parliamentary expenses scandal.

Joseph Glasman, head of political and government investigations at the Campaign Against Anti-Semitism, said: “This Facebook post plumbs the depths of antiSemitic conspiracy theory, accusing Jews of plotting to subvert British democracy and deprive the non-Jews of the country.

“It is not Jews who have lost the right to respect and empathy, rather it is Jeremy Corbyn’s Labour Party.”

Mr Austin, who received a warning from Labour for alleged “abusive conduct” after expressing unhappiness with the party’s new code on anti-Semitism, also called on Unite general secretary Len McCluskey to “show how serious” he is about the issue.

Mr McCluskey, another key Corbyn ally, last week accused Jewish leaders of showing “truculent hostility” towards Labour and called for the party to draw a line under the anti-Semitism row by adopting the full International Holocaust Remembrance Alliance guidelines.

A Unite spokesman said: “This is now in the hands of the Labour Party. Further comment would impair due process.”

Pressure has been mounting on Mr Corbyn over his failure to crack down on anti-Semitism among members, but he remained tight-lipped yesterday over Mr Sheridan’s outburst.

Confirming Mr Sheridan had been suspended, a Labour spokeswoman said the party “takes all complaints of antiSemitism extremely seriously and we are committed to challenging and campaigning against it in all its forms”.

She added: “All complaints about antiSemitism are fully investigated in line with our rules and procedures and any appropriate disciplinary action is taken.”