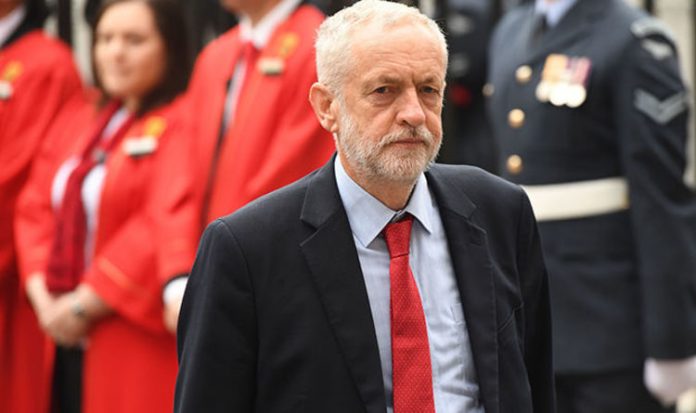 Robin Katz claimed Mr Corbyn, the host of the 2010 event, held on Holocaust Memorial Day, was “ordering people out” if they tried to speak in support of Israel.

Mr Katz said the event took place in an “anti-Semitic and anti-Israel atmosphere” at the same time it emerged that people were handed leaflets that accused Holocaust Memorial Day participants of hypocrisy and claimed Israel is falsifying the genocide to justify colonisation.

The debate follows Jeremy Corbyn’s apology for sharing a platform with people who reportedly compared Israel to the Nazis has intensified calls for Labour to take a tougher stance on anti-Semitism.

Mr Corbyn issued the apology after it emerged he had hosted a Holocaust Memorial Day event in 2010 at which speakers are said to have likened the actions of Israel in Gaza to Hitler’s regime.

The Labour leader admitted he had “on occasion appeared on platforms with people whose views I completely reject”.

But 86-year-old Mr Katz, who evaded capture in Nazi-occupied Poland as a child, told the Daily Telegraph Mr Corbyn refused to let him have his say during the event.

He said: “The room was brimming with raging hatred directed at Israel and at Jews not sharing the organisers’ views.

“No opposing voice was tolerated. To hold such a hate-fest on that solemn day was a travesty and to compare Jews to Nazis was odious and deeply hurtful, particularly to those who suffered and lost family.”

In his apology, the Labour leader acknowledged that he had appeared alongside people “whose views I completely reject” and said sorry for the “concerns and anxiety” that caused.

But in a leaflet seen by the Times, which was circulated at the same event, Israel was accused of falsifying the Holocaust memory to justify “apartheid” and “ethnic cleansing”.

The leaflet, prepared by the International Jewish Anti-Zionist Network, which organised the Never Again for Anyone, read: “We struggle to find words to convey the hypocrisy of these ceremonies, in which those who are silent today pay homage to the victims of yesterday’s silence.

“The stated intention of naming and condemning the act of genocide after WWII was to prevent its recurrence.

“In practice, acts of genocide are more likely to be condemned when it serves western interests, including the unconditional support of Israel.

“It is time to spell out loud and clear that, while Jews in Europe sought refuge from racist violence, the Israeli state manipulated this tragedy by using it as a vehicle to gain state power for itself.”

When quizzed over whether Mr Corbyn had received a copy of the leaflet, a Labour source said that they had “no record or recollection of this leaflet”.

Jewish campaigners have accused Mr Corbyn of holding long-standing anti-Semitic views and have called for him to resign as Labour leader.