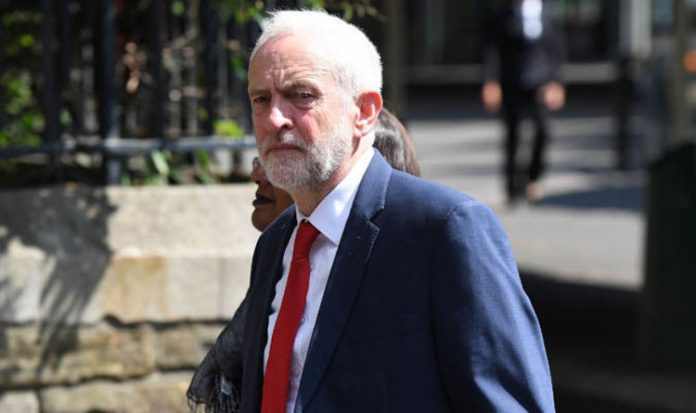 Lawyers for another Labour MP who is facing investigation for clashing with a Cobyn ally over anti-Semitism meanwhile branded the probe into him “a farce and a disgrace”.

Solicitors for Ian Austin wrote to party general secretary Jennie Formby to complain that, three weeks after being told he was under investigation, the Dudley MP had still not been given details of the allegations against him yet had received a formal warning.

Accusing Labour of “failing to observe the most rudimentary principles of natural justice, due process and transparency”, solicitors Hamlins wrote: “This process has been a farce and a disgrace.

“It has plainly been designed to silence our client for his legitimate, honestly held criticisms of Mr Corbyn’s failure to address the scourge of anti-Semitism in the Labour Party.”

Mr Austin’s adoptive father was a Jewish refugee from the Nazis and the threat to investigate him for “abusive conduct” was thought to have been sparked by claims about a row with party chairman Ian Lavery.

His lawyer’s letter complained of a “Kafkaesque” process in which the MP had been told by Chief Whip Nick Brown there were other similar complaints against him and formally warned not to repeat such behaviour – but without Mr Austin being given details or a chance to defend himself.

A Labour spokesman declined to comment on “an ongoing investigation”.

Dame Margaret’s confrontation with Mr Corbyn last month was over the leadership’s refusal to adopt in full an international definition and examples of anti-Semitism.

After Labour claimed on Monday she had expressed “regret” over the way she raised her view with Mr Corbyn, she firmly insisted there had been no apology on either side, with her lawyers telling Labour the party’s briefing had “misrepresented our client’s discussions with the Chief Whip in a cynical attempt to save face in your necessary climbdown.

She did not express regret … she will not apologise for her conduct and words as she did nothing wrong.”

Yesterday Dame Margaret, who is Jewish and lost relatives in the Holocaust, said the party had become a “hostile environment for Jews”.

Asked if there was a “purge” of Mr Corbyn’s critics under way, she replied: “I have absolutely no doubt that there are those in the leadership who want to get rid, whether it is through deselection or disciplinary action, of any opposition.