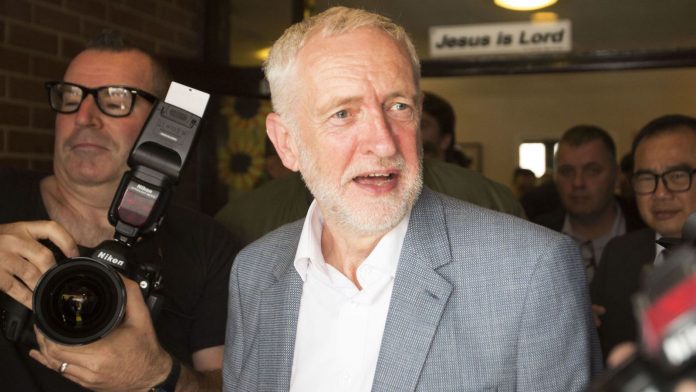 Jeremy Corbyn will outline plans for a major overhaul of the BBC as he calls for “bold, radical thinking on the future of our media”.

The Labour leader is to suggest a series of ideas for “building a free and democratic media for the digital age”, as he warns “a few tech giants and unaccountable billionaires will control huge swathes of our public space and debate”.

Delivering the Alternative MacTaggart Lecture at the Edinburgh TV Festival on Thursday, Mr Corbyn will express a wish to expand and empower public interest journalism, as well as to democratise the BBC.

This will include the election of some BBC board members, the reduction or removal of the government’s powers of appointment, as well as complete transparency about the diversity and make-up of the BBC workforce.

Mr Corbyn will also propose putting the BBC on a permanent statutory footing to end government involvement through the renewal of the broadcaster’s royal charter, along with the introduction of an additional digital licence fee payable by tech companies or internet providers.

The Labour leader hopes this could reduce the cost of the existing licence fee for poorer households as well as help the BBC compete with companies such as Netflix, Amazon, Google and Facebook.

Mr Corbyn will say: “If we want an independent BBC, we should consider setting it free by placing it on a permanent statutory footing, with a new independent body setting the licence fee.

“The licence fee itself is another potential area for modernisation.

“In the digital age, we should consider whether a digital licence fee could be a fairer and more effective way to fund the BBC.”

Despite praising the BBC as “a great institution which rightly commands a special place in our country’s story and national life”, Mr Corbyn will argue it needs to be made more accountable to the public and more representative of the UK.

Criticising the proposal, Conservative Deputy Chairman James Cleverly said: “Once again Labour are demonstrating they simply don’t know how to handle the economy.

“Tech companies would just put up their prices and pass this Internet Tax straight on to families and businesses across the country – adding more pressure to weekly bills.”

Among Mr Corbyn’s other proposals will be strengthening Freedom of Information powers, by removing ministerial vetoes and including private companies delivering public services.

Mr Corbyn also wants to boost local, investigative and public interest journalism through the granting of charitable status, creating an independent fund paid for by tech giants, and expanding a current BBC-government scheme.

He will say: “One solution to funding public interest media could be by tapping up the digital monopolies that profit from every search, share and like we make.

“Google and news publishers in France and Belgium were able to agree a settlement.

“If we can’t do something similar here, but on a more ambitious scale, we’ll need to look at the option of a windfall tax on the digital monopolies to create a public interest media fund.”

Earlier this week, Mr Corbyn claimed his party is facing “greater hostility from the mainstream media than we’ve probably ever had before”, while Labour has lodged a complaint with press regulator IPSO over coverage of his laying of a wreath at a Tunisian cemetery in 2014.

Following previous allegations he was a Czech informant during the Cold War, Mr Corbyn issued a social media video in February in which he declared that “change” was “coming” to the UK media.