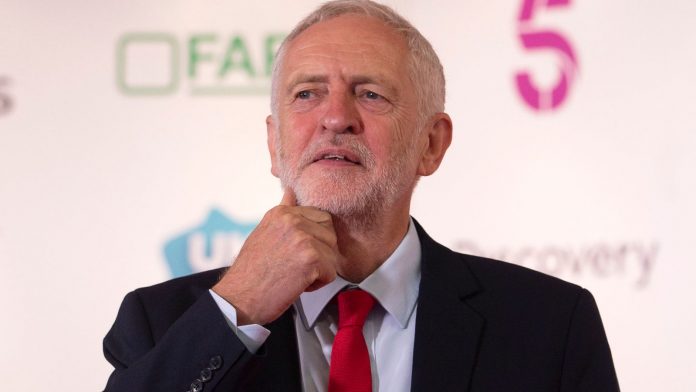 A Jewish Labour MP has said she feels “unwelcome” in the party after a video showed Jeremy Corbyn saying “Zionists” who live in Britain need lessons in history and “English irony”.

Other Labour MPs spoke out in support of Ms Berger amid further condemnation of the Labour leader’s “abhorrent” remarks and “unambiguous anti-Semitic hate”.

Published by MailOnline, footage from the event reveals Mr Corbyn, – then a backbench MP – referred to a previous speech in parliament by Manuel Hassassian, the Palestinian representative to the UK.

He said: “The other evening we had a meeting in parliament in which Manuel made an incredibly powerful and passionate and effective speech about the history of Palestine, the rights of the Palestinian people.

“This was dutifully recorded by the, thankfully silent, Zionists who were in the audience on that occasion and then came up and berated him afterwards for what he said.

“So they clearly have two problems. One is they don’t want to study history, and secondly, having lived in this country for a very long time, probably all their lives, they don’t understand English irony either.

“Manuel does understand English irony and uses it very, very effectively. So, I think they needed two lessons, which we can perhaps help them with.”

Jamie Susskind, a barrister who previously worked for Tony Blair and Ed Miliband, posted on Twitter: “Just to be clear, in the Daily Mail clip Corbyn is not criticising Israel or supporting Palestinians.

“He is saying that Zionists (read Jews) who have lived in England their whole lives are somehow not fully English in their sensibilities. He has to go.”

Marcus Dysch, head of external affairs at Jewish education and vocational training organisation World ORT, said: “Unambiguous anti-Semitic hate from Corbyn, a terrorist-sympathising, purge-orchestrating, fear-mongering, unaccountable, piece of work who should never have been allowed to lead a once-great party.

“Is it any wonder British Jews despair as this saga drags on?”

The video released today of the leader of @UKLabour making inexcusable comments – defended by a party spokesman – makes me as a proud British Jew feel unwelcome in my own party. I’ve lived in Britain all my life and I don’t need any lessons in history/irony.

Among Labour MPs to criticise their party leader, Ms Berger tweeted: “The video released today of the leader of @UKLabour making inexcusable comments – defended by a party spokesman – makes me as a proud British Jew feel unwelcome in my own party.

“I’ve lived in Britain all my life and I don’t need any lessons in history/irony.”

Fellow Labour backbencher Wes Streeting spoke out against “inexcusable and abhorrent” language from Mr Corbyn, while Mike Gapes MP said he had “total solidarity” with Ms Berger and was “sickened by the racism and anti-Semitism at the top of our party”.

In her 2016 report into allegations of anti-Semitism within Labour, frontbencher Baroness Chakrabarti wrote how the term “Zionist” is “used personally, abusively or as a euphemism for ‘Jew'”.

She added: “My advice to critics of the Israeli state and/or government is to use the term ‘Zionist’ advisedly, carefully and never euphemistically or as part of personal abuse.”

Responding to the emergence of the footage, a spokesperson for Mr Corbyn said: “Jeremy is totally opposed to all forms of anti-Semitism and is determined to drive it out from society.

“At this event, he was referring to a group of pro-Israel activists misunderstanding and then criticising the Palestinian ambassador for a speech at a separate event about the occupation of the West Bank.”

A source said Mr Corbyn was referring to both Jewish and non-Jewish activists in a speech about the need to better teach the history of the Israel-Palestine conflict and the brutality of colonialism, occupation and partition.

Asked whether he would ever use the same phrase, Mr McDonnell told the BBC: “In certain contexts, certain phrases are appropriate. To take them out of context is unacceptable.”

In a major speech, the Labour leader unveiled proposals for an overhaul of the UK media industry.