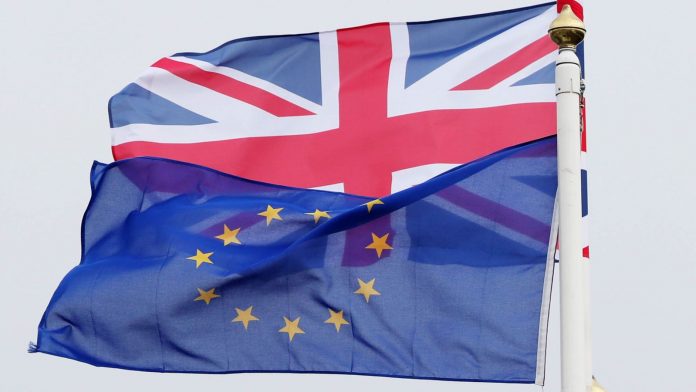 Theresa May is taking her cabinet on a trip to Gateshead as she prepares to sell her Brexit plan to the EU over the summer amid struggles to maintain discipline over her own MPs.

It comes after Brexit Secretary Dominic Raab indicated he still needs to persuade some members of Mrs May’s cabinet to get behind the Chequers compromise deal on EU withdrawal aims.

Mr Raab, who held his first face-to-face talks with EU chief Brexit negotiator Michel Barnier last week, said he was “focused relentlessly and unflinchingly” on achieving a deal with the EU.

:: No deal, no divorce bill – Raab ramps up Brexit pressure

But he stressed that the UK was serious about about the possibility of a no deal walkaway from the EU.

Former attorney general Dominic Grieve, a leading Conservative Remainer at Westminster, warned on Sunday that Britain leaving the EU without a deal would be “absolutely catastrophic”.

Claiming some of his fellow Tory MPs are “actively seeking” a no deal outcome from EU divorce negotiations, Mr Grieve insisted he was not “scaremongering” about the impact of such an outcome.

He told Sky News’ Sophy Ridge on Sunday show: “We’ve got to be realistic about this. We will be in a state of emergency.

“Basic services that we take for granted might not be available.

“It wouldn’t be possible, for example, for someone to fly to Rome because the overflying rights over the other countries of the EU are regulated by EU law.

“We wouldn’t get medicines in, this point has already been made. We’d be out of the medicines agency.

“And, there’d be difficulties bringing food into this country because of the number of regulatory checks that would take place.”

Former prime minister Sir John Major also backed a new Brexit vote, as he attacked the “irreconcilable” attitude of Tory Brexiteers for having “boxed the government and particularly the prime minister into a corner” which could lead to no deal “by accident”.

He told the BBC: “It has downsides. I mean, frankly, a second vote has democratic downsides. It has difficulties.

“If you look back at the Leave campaign a great many of the promises they made were fantasy promises. We now know they are not going to be met.”

The Prime Minister is hoping to present Monday’s cabinet’s visit to the north east as a commitment to regional development post Brexit.

The meeting will see announcements of backing for technology and manufacturing development in the region.

The move away from usual meetings in Downing Street will see a commitment to funding offshore and remote island wind to power millions of homes.

Business and energy secretary Greg Clark will announce that major projects in the region will receive a cash boost.