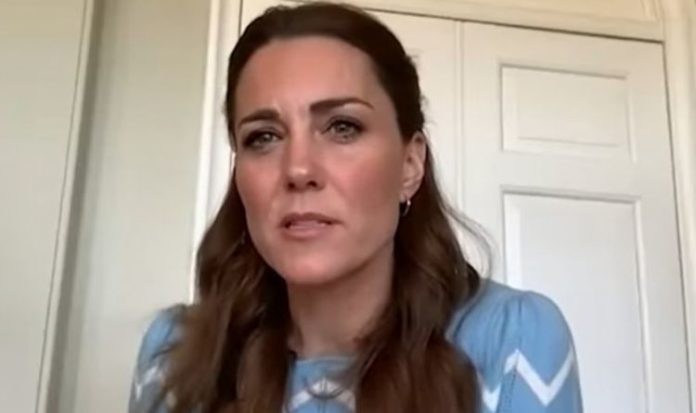 Kate, the Duchess of Cambridge’s meteoric rise when she entered the Royal Family affected her relationships within the monarchy, commentators have claimed. The future queen consort was placed at the forefront of the more “modern-looking” institution. However, some members born into the family were not too “pleased” with the development, according to Channel 5 documentary, ‘When the Middletons Met the Monarchy’.

Relationship psychologist Anjula Mutanda told viewers: “You can’t please everyone when you enter a new family.

“If you think about Kate’s position, she has been elevated in the pecking order of royalty.

“She’s now above Beatrice and Eugenie.”

Narrator Glynis Barber added: “Less than a year after Kate married into the Royal Family, rumours of tensions within the Palace began to gather momentum.”

She continued: “This comes as Prince Charles looks to streamline the monarchy.”

“Catherine was the scapegoat.

“She was the person who came in because she takes the senior position.”

Ms Barber said: “It showed off a new look monarchy.

“There was a former Middleton just a year into her royal marriage at its front and centre.”

“But, of course, within the family, it does cause these problems.

“People will always feel they are being overlooked or overshadowed.”