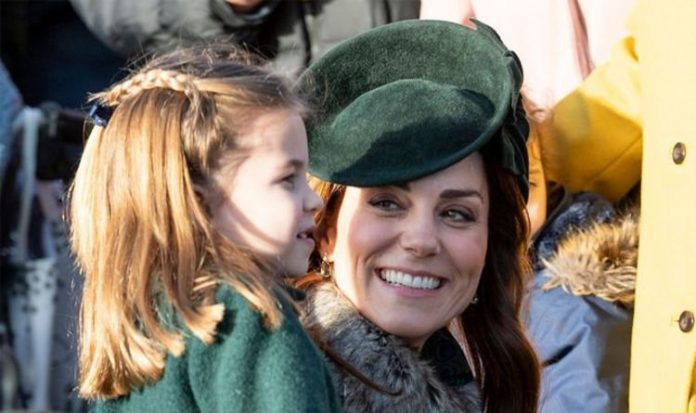 The Duchess was visiting Lavender Primary School in north London in 2019 to support Children’s Mental Health Week. But while talking to primary school children, Kate shared how she and her then-three year old daughter love the same snack.

Kate told the children Charlotte loves olives while talking about the perils of sugary foods.

She said “Charlotte loves olives” and described her children’s love of cooking.

It uncovered a parallel between the young royal and the Duchess, as Kate previously shared her love of olives in 2018.

While visiting children at Great Ormond Street Hospital in London, the Duchess told a then-four-year-old Rafael Chana, from East Preston about her favourite snack.

After the child, who was waiting for a heart transplant, said he liked olives, Kate replied: “I used to eat lots and lots of olives when I was little as well.”

Kate also told Rafael about how “Charlotte likes pasta too” while talking to the young boy.

During the Duchesses visit to Lavender Primary School, Matthew Kleiner-Mann, chief executive of the the Ivy Learning Trust, spoke about Charlotte and George helping Kate in the kitchen.

“It’s amazing the connection between physical and mental wellbeing.”