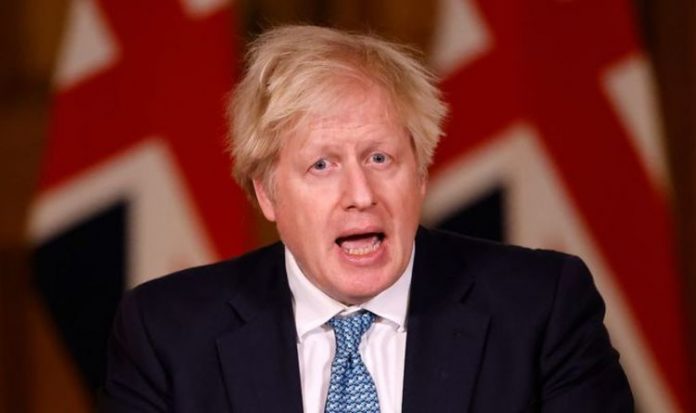 This has shed light on when other age groups – or priority groups – may expect to reach the front of the queue. On Monday, Boris Johnson will release his ‘roadmap’ for exiting the national lockdown, which includes a phased approach of easing restrictions.

All of those aged over 50 – priority groups one to nine – are currently on track to receive their vaccines by mid-April, according to analysis by The Daily Telegraph.

Previously a target of vaccinating over 50s had been set for May which suggests the rollout is gathering a healthy momentum. Almost 17 million people have received their jabs so far.

The data estimates a fifth of England’s population live in areas scheduled to vaccinate all over-50s before lockdown measures are eased.

It suggests nine healthcare partnerships – including almost ten million people – will have given a first dosage to the top nine priority groups by March 8.

Priority group 10 is for the rest of the population. This can be taken to mean, more specifically, those aged under 50 with no underlying health conditions which put them at greater risk of serious illness.

Mr Johnson, set to unveil his blueprint on Monday, hopes his Government as offered all adults in the UK a jab by July 31.

“But there should be no doubt – the route out of lockdown will be cautious and phased, as we all continue to protect ourselves and those around us.”

The PM will chair a meeting of senior ministers on Sunday, known as the “Covid S” committee, to finalise his road map before it is signed off by the Cabinet on Monday.