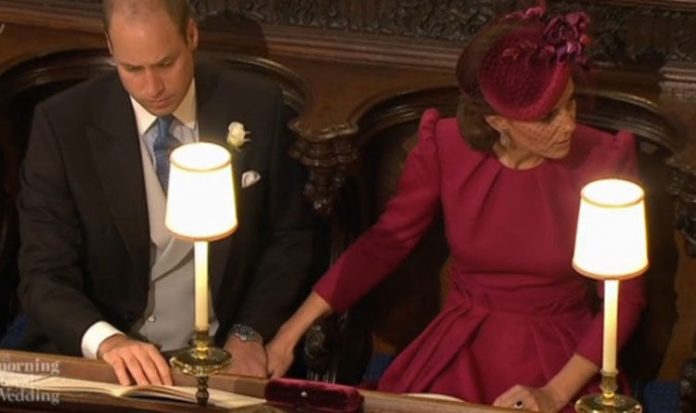 The Duke and Duchess of Cambridge shared an adorable moment as they arrived for the wedding on Friday.

One Twitter user said Kate and Will were trying to “upstage Harry and Meghan’s PDA” at theevent.

ABC reporter Kirsten Aiken wrote on Twitter: “Commentary team oohs and aahs over an apparently rare PDA by William and Kate (mind you, they’re only holding hands!) ahead ofWedding.”

Kerry Evans, 54, from Lincolnshire, has been in the crowds of bothweddings this year.

Eugenie and Jack, who started dating in 2010, married at the same venue as Prince Harry and Meghan Markle.

There will be a reception after the marriage in the Windsor grounds, which will comprise a funfair and festival-themed party day.

Over 850 guests have been invited to the ceremony – more than St George’s chapel 800 person capacity allows.

The celebration will last for two days, with the second day more casual and a high celebrity turn-out expected.