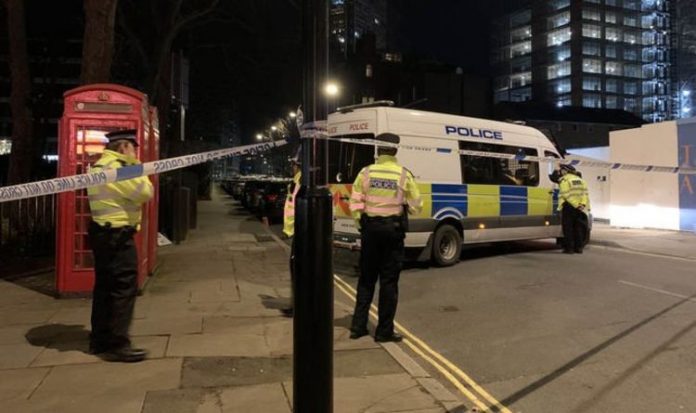 Met Police officers attended with medics from the London Ambulance Service and the London Air Ambulance, but he was pronounced dead at the scene 45 minutes later after paramedics were unable to save him. Forensic officers were seen scouring the scene late last night and police powers known as a section 60 order, which gives officers additional search powers, was in place in the local area until 7am this morning. A Met Police spokesman said: “A crime scene is in place and is likely to remain for some time.

“The public can also expect to see additional resources in the area in the coming hours. At this early stage, there have been no arrests.”

Just over three hours earlier at around 6pm, a man, 18, was taken to hospital with stab wounds after an attack near a pub in Leigh-on-Sea, Essex.

“We are investigating the death and are looking to speak to anyone who saw what happened.

“From our initial enquiries, we believe he was attacked near The Peterboat pub in High Street, Old Leigh. Two people have been arrested in connection with our investigation.

“Officers are in the Old Leigh area carrying out enquiries and we’d like to thank people who have come forward so far.