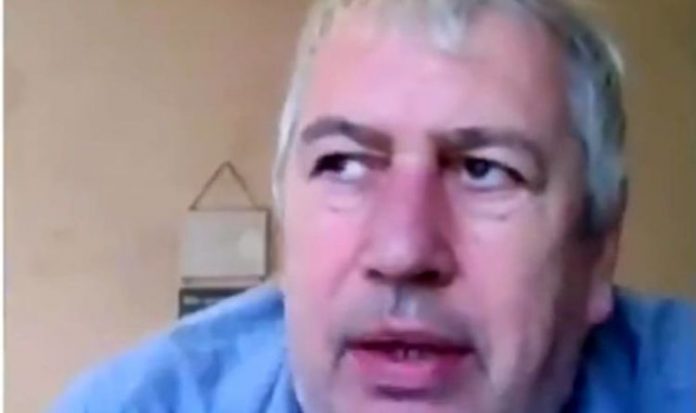 Rod Liddle appeared on talkRADIO and was asked about his opinions on Prince Harry and Meghan Markle’s upcoming Oprah Winfrey interview and the loss of their patronages. Rod Liddle sighed heavily before taking aim at the Duke and Duchess of Sussex to which he called Harry a “slob” among other things. Mr Liddle added he thought their handling of their lost patronages was wrong and went off on a rant on their failures.

Speaking on talkRADIO, Mr Liddle said: “I’m just so sick of that simpering ginger idiot. it drives me (mad).”

“I’d be happier if we didn’t have to talk about it at all if I’m absolutely honest.

“The thing which really disgusted me, (the James Corden interview) there were two ginger slobs jabbering to each other in this horrible slobby way.

“Which of which he is now part of course.

“But the thing which really annoyed me was their statement to the palace when Harry was told that he couldn’t keep any of his military titles.

“I mean, you know, I think one of his military titles as he was the Commodore of some airbase in southern England.

“God knows what the pilots thought about that when they were taking off.

“They have that moron in the communication tower directing them where to go.

“But he couldn’t keep his various titles and it ended and I assume this was Meghan because I have grave doubts how we can actually do joined-up writing.

“No, but what they said was grotesque.

“You’ve been told that you couldn’t take any more part in royal life really couldn’t have these titles and both of them together said there’s more than one way of doing duty.”

Prince Harry and Meghan Markle lost their royal patronages last week as they were due to speak to the Royal Family about their “cooling off period”.

Set for the end of March, Prince Harry and Meghan were allowed a year’s review where they could be allowed back into the Royal Family.

The pair gave up their titles not soon after the news of their Oprah Winfrey interview.

The programme is due to show on March 7 as British broadcasters compete for the rights for the interview.