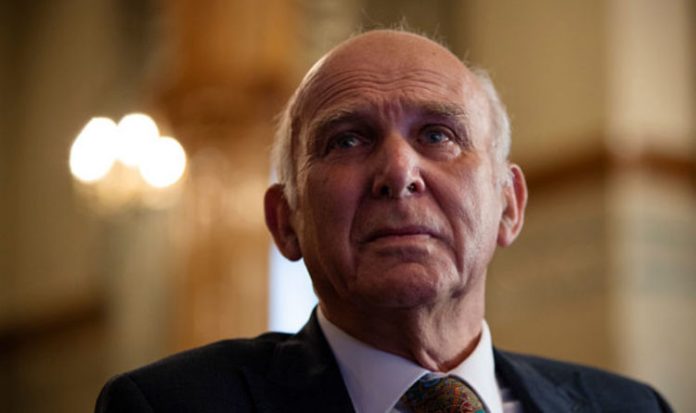 Leader Sir Vince Cable says the party could change its name to build a new movement, much like it did in 1988 when the Liberals and Social Democrats merged to become today’s party.

Sir Vince said talks have taken place with six Conservative MPs and 12 from the Labour Party about creating a new centre-left movement should voters be faced with a choice between Boris Johnson and Jeremy Corbyn at the next general election.

A vote at the party conference next week will further outline plans to change the party’s name, but Sir Vince told the Daily Telegraph he is against the idea.

He said: “British politics is very tribal. There still a lot of tribal loyalty and people find it difficult to move in the British system.

“Changing names is a superficial thing – maybe because I am not a marketing person I don’t understand the importance of it.

The 75-year-old, who will not fight in the 2022 election, also said “good relationships have been developed should the tectonic plates move”.

He added: “Some of them want to make a stand around social democratic values as they see it. We have a role to work with them if it happens.”

He also declined to offer names for the new party, but said he had an open mind to the inventive “New Liberal Democrats” as a prospective title.

He said: “In two words we capture the group of values – we are liberal people, a lot of us are social democrat as well.

“If someone wants to stick ‘new’ on the front – I have an open mind on it.”

Speaking of the French President, he reflected on exchanges with him when he was business secretary during the 2010-2015 coalition government.

He told the Guardian: “He’s not quite my generation, but I did deal with the guy when I was in government.

“He was my opposite number, and we had some very good exchanges, actually. He was very intellectually curious, really interested in what we were doing. He was fascinated by the industrial strategy, thought it was great.”

He added: “I can probably claim a bit of credit for one of the things he’s doing: he’s trying to change the takeover rules. Because I talked to him quite a lot at the time of , and said it’s very disappointing that we can’t stop this nonsense.”