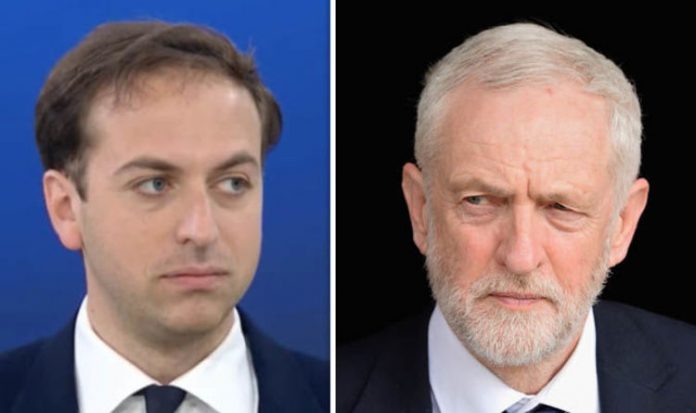 The Campaign Against Anti-Semitism (CAA) lodged a complaint to the commission regarding the Labour Party’s failure to enforce sufficiently stringent disciplinary procedures regarding anti-Semitism.

The CAA wrote to the watchdog, saying: “We charge that the party has, through years of deliberate or reckless dereliction of its duty to enforce its own rules, created an atmosphere in which Jewish members and/or associates are discriminated against.”

The group also took direct aim at Labour leader Jeremy Corbyn, accusing him of being an “anti-Semite”.

Gideon Falter, chairman of the CAA, said: “The evidence shows beyond all doubt that Jeremy Corbyn is an anti-Semite and the Labour Party has become institutionally anti-Semitic.

“The problem is not one man but an entire movement which has hijacked the anti-racist Labour Party of old and corrupted it with a racist rot.”

READ  Brexit news: May orders ministers to step up plans for NO DEAL with EU | Politics | News - UK

The organisation pointed to comments made by Mr Corbyn in an interview on Press TV in 2012, in which he linked a massacre of 16 Egyptian policemen to Israel.

A Labour spokesman nevertheless rejected the accusations made against the party, stating: “Labour is committed to rooting out anti-Semitism from our party and society.

“False and partisan attacks like this undermine the fight against anti-Semitism.”

The party has also declared Mr Corbyn is a “militant opponent of anti-Semitism”.

The Labour Party has most recently come under attack after failing to adopt the definition and examples of anti-Semitism as outlined by the internationally accepted International Holocaust Remembrance Alliance (IHRA).

Last week, Labour veteran Dame Margaret Hodge launched an attack on Mr Corbyn in Parliament, branding him an “anti-Semite and a racist” following amendments made to the party’s anti-Semitism code of conduct by Labour’s National Executive Committee.

The CAA reported the issue to the Equality and Human Rights Commission, who vowed to investigate the issue further.

The commission said: “We have received the complaint and will consider it to see what, if any, action is needed.”

Leading Labour figures have also directed criticism at the party for their handling of the ongoing crisis, with Shadow Chancellor John McDonnell calling for a swift resolution to the issue.

Speaking to the Independent, he said: “I thought we had got to a position where we are able to move on, we’re not, we’ve got to resolve that by September.

“The discussion is taking place I think that will enable that to happen.”

A Labour spokesman nevertheless defended the party’s actions, arguing Labour’s amendments of the IHRA code allowed them to “expand upon” and “contextualise” the examples.

They said: “Labour has adopted the IHRA definition, which is reproduced word for word in our code of conduct, and the examples are expanded on and contextualised to produce legally robust guidelines that a political party can apply to disciplinary cases.

“IHRA says its text is not legally binding and therefore there is no basis to legally challenge the code of conduct.”