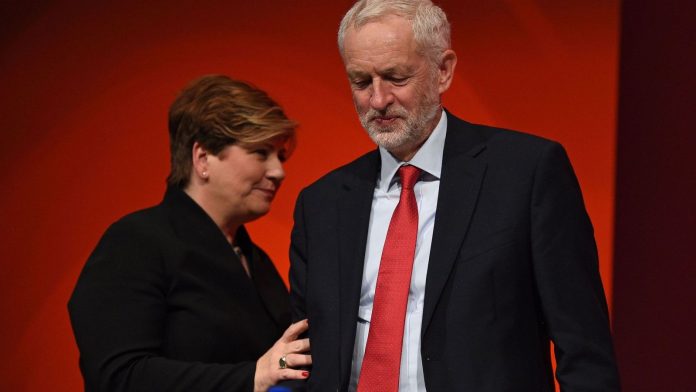 A senior member of Jeremy Corbyn’s top team has admitted the party did not deal with claims of antisemitism within its ranks well enough.

Speaking at an event on the fringes of the party’s annual conference in Liverpool, Emily Thornberry said she had a frank and honest discussion with Jeremy Corbyn about the issue and “I got the feeling he was deeply upset about it all”.

When asked about the issue, the shadow foreign secretary said: “I think it’s very unfortunate and I think that we didn’t deal with it well.”

Ms Thornberry told the Times Red Box event that some of her children’s Jewish friends will “never vote Labour again” because of the row.

A number of party members have been suspended, expelled or forced to resign for making antisemitic statements, with Mr Corbyn accused of not doing enough to tackle the problem.

And the Labour has himself faced accusations of antisemitism from Jewish groups after historical comments emerged.

But he defended himself in a TV interview on the first day of the Labour conference, telling the BBC he “will die fighting racism in any form” and denied being an antisemite.

Ms Thornberry made clear she had deep reservations about the policies of the current Israeli government – and had no qualms about raising them as a “friend of Israel”.

She told the audience: “I am the first to criticise the appalling behaviour of [Benjamin] Netanyahu and what he is doing to the Palestinian people.

“It’s illegal, it’s criminal, it’s racist and we must stand up and say so.

She praised her party leader as someone who had “spent all his life fighting racism”, something which was Mr Corbyn’s “driving force”.

“So for him to be accused of racism, or antisemitism is…I think it just went straight to his heart and really upset him and I quite understand why,” Ms Thornberry continued.

She added that the row showed Mr Corbyn was human.

“I think the fact that Jeremy struggled with this actually just shows the truth – which is our leaders are not gods, they’re just men.

Delivering a speech in the main hall later the same afternoon, Ms Thornberry said Labour had to root out fascism from the party.

She admitted there were “sickening individuals” who were exploiting legitimate support for Palestine.

Ms Thornberry told delegates: “We all support the Palestinian cause, we are all committed to recognise the Palestinian State, and I stand here with no hesitation when I condemn the Netanyahu government for its racist policies and its criminal actions against the Palestinian people.

“But I know as well, and we must all acknowledge, that there are sickening individuals on the fringes of our movement, who use our legitimate support for Palestine as a cloak and a cover for their despicable hatred of Jewish people, and their desire to see Israel destroyed.

“Those people stand for everything that we have always stood against and they must be kicked out of our party the same way Oswald Mosley was kicked out of Liverpool.”