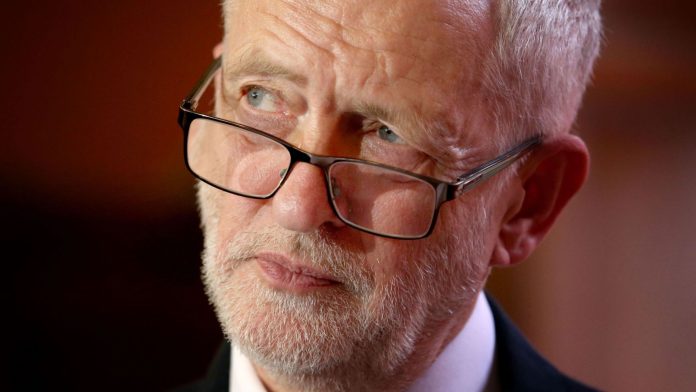 Jeremy Corbyn’s team has been accused of “sickening double standards” over the speed an MP who confronted him over Labour’s anti-Semitism row was disciplined.

Margaret Hodge, who branded Mr Corbyn an “anti-Semite” and a “racist” in parliament last week, claimed she received a disciplinary letter within 12 hours of the incident.

“Think how long it has taken for the Labour Party to respond at all to any of the allegations of anti-Semitism,” she told BBC Radio 4’s Today programme on Monday.

The Jewish MP faces further action from party officials, while Mr Corbyn has insisted that the investigation is “independent of me”.

He previously admitted feeling “upset” at the confrontation but added: “I’m, as always, very calm and I always treat people with a great deal of respect.”

Wes Streeting, a fellow Labour MP and vice-chair of a parliamentary group to tackle anti-Semitism, blasted how quickly Ms Hodge had faced action.

He told Sky News: “It’s amazing how quickly the leadership can instigate disciplinary processes against Jewish Labour MPs, but take years to resolve even high profile cases of anti-Semitism against Jewish members.

“People will draw their own conclusions about the double standards here. It’s sickening.”

A spokesperson for Mr Corbyn did not respond to a request for comment.

Lawyers for Ms Hodge have also written to Labour’s general secretary Jennie Formy, accusing the investigation of being “hasty”, “ill-thought through”.

They also claimed the result “appears to be pre-determined” and a “veiled attempt to silence” Ms Hodge.

A Labour spokesperson said: “The Labour Party takes all complaints extremely seriously. These are investigated in line with the party’s rules and procedures.”

It comes ahead of a showdown at the weekly meeting of MPs, where an “emergency motion” to get the party to adopt the International Holocaust Remembrance Alliance’s definition of anti-Semitism will be tabled.

A row has brewed in the party after its national executive committee adopted its own definition, criticised by some for not going far enough.

Labour has been criticised in the past over the time taken to act on complaints about anti-Semitism.

An investigation into comments by the former Labour Mayor of London Ken Livingstone went unresolved after he quit the party following his suspension two years earlier.