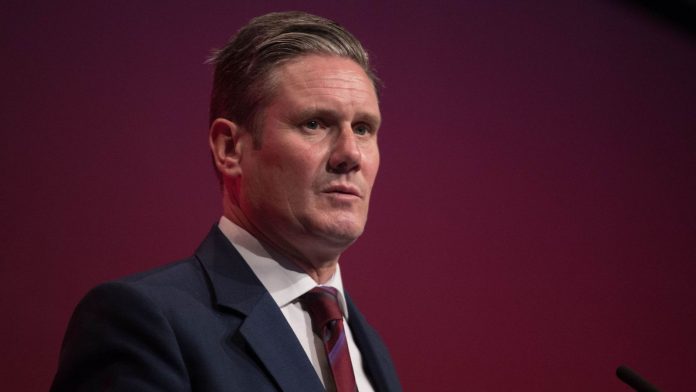 A senior member of Labour leader Jeremy Corbyn’s top team has urged the party to listen to critics of its new code of conduct on anti-Semitism and make changes “sharpish”.

This is despite the party’s new guidelines stopping short of signing up to it in full, by omitting a number of examples set out by the IHRA.

Labour described the code, which was approved on Thursday, as “detailed and comprehensive”, but campaigners and community groups were quick to lambaste it as “toothless”.

Amid calls for Labour to think again about the guidelines, Sir Keir said Labour should “reflect on what’s been said in the last few days and if we are not in a position of supporting the full definition we need to get into that position and sharpish”.

The code has been devised in the wake of a row that saw Jewish groups protest outside Parliament – and states explicitly that “anti-Semitism is racism. It is unacceptable in our party and in wider society”.

But it also says that criticism of Israel and its policies should not automatically be deemed anti-Semitic.

The code of conduct makes clear that even “contentious” comments “will not be treated as anti-Semitism unless accompanied by specific anti-Semitic content… or by any other evidence of anti-Semitic intent”.

It says: “The party will encourage considered and respectful debate on these difficult topics, but will not tolerate name-calling and abuse.”

But the code provoked controversy by not including four behaviours identified as anti-Semitic by the IHRA:

:: Accusing Jewish people of being more loyal to Israel than their home country;
:: Claiming that Israel’s existence as a state is a racist endeavour;
:: Requiring higher standards of behaviour from Israel than other nations; and
:: Comparing contemporary Israeli policies to those of the Nazis.

Sir Keir said he supported the “full definition”, telling the BBC’s Andrew Marr Show: “Councils, institutions across the country have accepted the full definition. I think that’s the right position to be in.”

Asked why Labour has not adopted the definition, he said: “There’s some argument as to whether Labour has or hasn’t, but I would urge everybody within the Labour Party to listen to the voices that have come out in recent days and get to a position where we are supporting the full definition.

“I think it’s really important, including the examples. We have to be very clear about our position on this.”