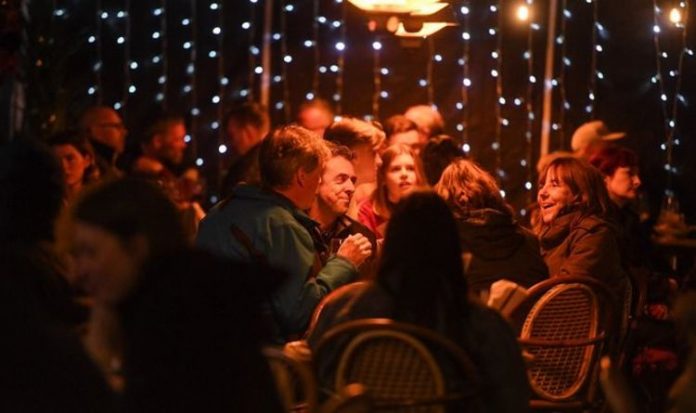 The tougher measures, which became effective today at 12.01am, ruled that hospitality businesses must closed their doors and only serve takeaway food where possible. Drinkers gathered inside bars one last time before venues shut their doors once again.

While those who had Christmas parties scheduled for the weekend have been forced to cancel their plans, others opted for impromptu celebrations ahead of the change of rules.

Some venues were reportedly selling pints for as little as 99p in a bid to clear out stock.

Other businesses opened their doors early for the day with reports of some venues opening at 9am.

Greg Mulholland, the spokesman for Campaign for Pubs, criticised the Government move just weeks before Christmas.

He told MailOnline: “It’s devastating news for pubs and publicans in London and the home counties.

“This is a shocking way to be treating publicans and their families particularly in the run up to Christmas.”

Ms Nicholls warned some businesses were “clinging on by the skin of their teeth” following the health and safety assessments of their venues.

She said: “Putting hospitality businesses back into lockdown, which is effectively what tier 3 amounts to, is not going to tackle increasing infection rates.

“There’s still no hard evidence that hospitality venues are a significant contributor for the spike in infections. Cases were higher at the end of the last lockdown – during which hospitality was shut down – than at the start.

“The spread is being predominantly driven through schools – even the Mayor of London has pointed this out and called for schools to stay shut until January. Yet, once again, it is hospitality that will take the hit.