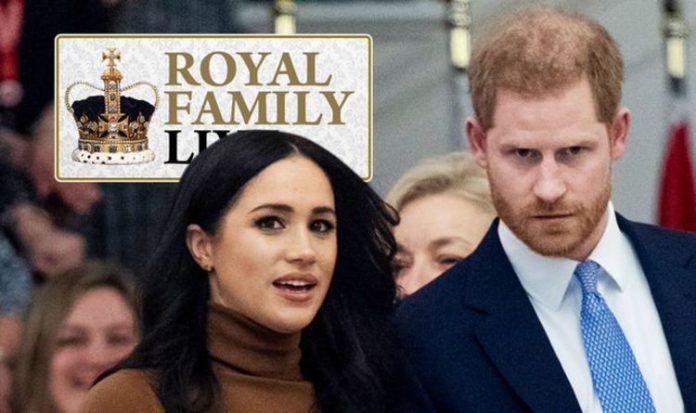 The Duke and Duchess of Sussex have set up a new production company, Archewell Audio, and signed a multi-year deal with audio streaming service Spotify to host and produce podcasts. The announcement came a few months after the couple signed a Netflix deal to produce a range of programmes and series, believed to be work £112 million. They announced their new venture by releasing a trailer for a “Holiday Special”, which is due to be released in the coming weeks.

Their trailer featured them introducing themselves, but neither mentioned their titles.

Meghan then added: “And I’m Meghan.”

The introduction could be seen as a pointed acceptance they are ready to ditch – or expect to lose – their titles in the Megxit review in spring.

The pair will meet the Queen, Charles and William for a review of the terms of their exit agreement.

The couple has faced backlash for using their titles after they stepped down as senior royals, as some royal watchers argued they should also renounce their Sussex name.

One Twitter user previously wrote: “She isn’t a duchess anymore!”

Another said: “But she’s not a duchess anymore, right?”

Speaking about the new project, Meghan said in the trailer: “This is also a moment to celebrate kindness and compassion, something we saw in so many places this year, and which will underlie everything you hear from Archewell Audio.”

Harry added: “So many people have been through so much pain this year, experiencing loss, a huge amount of uncertainty, but it feels worth acknowledging that 2020 has connected us in ways we could have never imagined, through endless acts of compassion and kindness.”

READ  What are the nine cohorts for the Covid vaccine? (Reports)

The Sussexes have set up a new life in Montecito in California and bought a house thought to be worth £11 million house.

As well as their Netflix contract and the Spotify deal, Meghan has been establishing herself as an investor with a focus on supporting female-founded companies, beginning with investing in a start-up business which makes instant oat milk lattes. 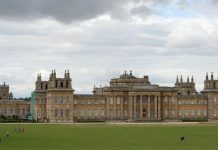