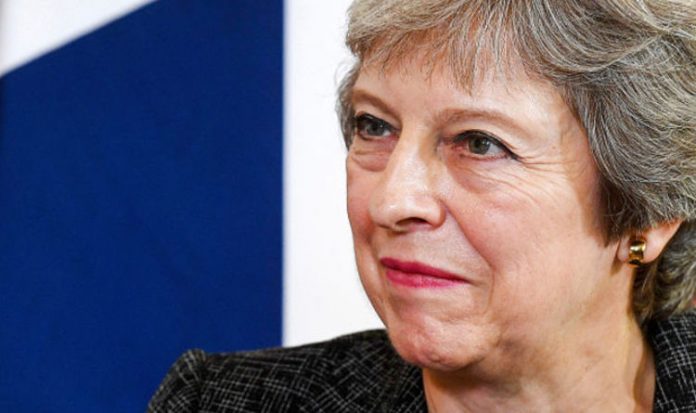 Robin Southwell, former chief executive of Airbus UK, said the Ministry of Defence was signing off eye-watering deals with Brussels while the bloc restricted the UK’s access to developing the Galileo project post-Brexit.

Mr Southwell, who is also a business ambassador to Prime Minister Theresa May, urged defence secretary Gavin Williamson to scrap a £3billion deal with Germany for the supply of army vehicles confirmed earlier this year.

He said the contract could be used as “bargaining power” to gain rights to the satellite project.

Mr Southwell blasted the deal as “a disturbing but unfortunately not unusual sequence” amid an ongoing battle for British firms to scoop deals while being blocked by the EU.

He said: “The EU has blocked the UK from being involved in manufacturing the security elements of Galileo, the satellite navigation system, even though the UK can bring expertise and experience to a project of historic significance.

“So why does the UK not felt its muscles where it can?”

Mr Southwell also raged at Mr Williamson’s deal with German and Dutch-led Artec over the production of 500 Boxer armoured transport vehicles for the British army.

He suggested: “Why not make a lucrative contract dependent partly on the UK playing a role in Galileo?

“The UK has limited bargaining power. Why narrow it further by signing contracts as if in an alternative universe?”

Mr Fallon said: “Ministers need to get out of their silos.

“We must not miss the opportunity to ensure that our firms get as much access to EU markets as EU firms get to ours.”

Mr Spellar added: “The government, and in particular the Treasury, are being boneheaded and refuse to accept how the rest of the world do business.

“The Germans and French are trying to squeeze the UK out of the aerospace industry.

“The ministry is sending a signal that it doesn’t matter.”

He added: “We will be the suckers who buy things from them even if they cut us out. The civil service is letting Britain down.”

A Ministry of Defence source said 60 percent of new army vehicles would be made in the UK creating 1,000 jobs.