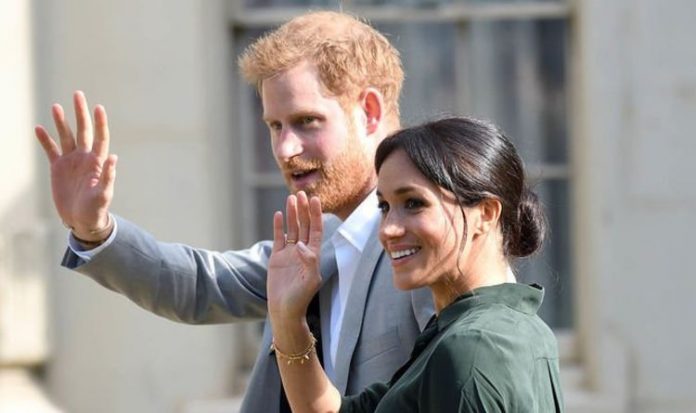 Meghan and Prince Harry’s deal with Netflix have helped the couple to break free from the Royal Family by becoming financially independent. However, the Duke and Duchess of Sussex are to become the subject of new scrutiny as they start working with the streaming platform, according to royal commentator Richard Fitzwilliams.

The expert believes the content of their shows as well as whether they will appear in front of the camera is going to be analysed and dissected by commentators and the public.

He told Express.co.uk: “The way they handle their huge deal with Netflix and what they appear in their shows will be subject to relentless scrutiny to see how their royal connections are used, if at all.”

Meghan and Harry could use their new link to the streaming platform, which counts more than 193 million subscribers around the world, to shine a light on causes close to their heart, Mr Fitzwilliams said.

He continued: “Were Harry, for example, to appear in a documentary about Diana, it would undoubtedly benefit charities.

“And when they are able to launch their non-profit charitable foundation, Archewell, they will undoubtedly put enormous emphasis on backing the causes they are committed to – diversity, gender equality, the environment and mental illness.

“Harry, of course, has also his Invictus charity and Sentebale in Lesotho.

“Their work for Netflix will be linked to these causes too.”

A source has recently claimed the Duchess of Sussex is very keen on focusing a documentary on the co-founder of the Black Lives Matter movement, Patrisse Cullors.

A source told the Daily Mirror: “Meghan has been blown away by the incredible work Patrisse has done.

“She thinks her story needs to be told – and she would love to be the one to make it.”

Ms Cullors launched the movement in 2013 alongside with Opal Tometi and Alicia Garza.

Meghan openly supported the movement as she delivered a poignant speech to the graduating class of 2020 at her former high school in the wake of the death of George Floyd.

In June, the Duke and Duchess of Sussex were also said to have shifted their focus towards racial equality and justice and to have met local leaders to better understand their causes and work.

A source told Vanity Fair: “The conversations they are having are private, but they plan to make public some of their ongoing discussions and the work they have been doing behind the scenes.

“At the moment it’s a learning exercise so that they can work out how to help. They’re taking advice from lots of organisations.

Meghan and Prince Harry announced in early September they have founded a yet-to-be-named production company and signed a multi-year deal with Netflix.

This deal could be worth as much as £120 million, according to one expert.

One, Eric Schiffer, chairman of Reputation Management Consultants, said the deal was an “economic earthquake”.

He told Newsweek: “This is an economic earthquake for a streaming company and trumps the Obamas in size for sure.

“It sets on fire anything Harry and Meghan have done before in terms of precedent.”

Michelle and Barack Obama struck a deal with Netflix in 2018 and have since produced a few documentaries – including BAFTA-nominated American Factory.