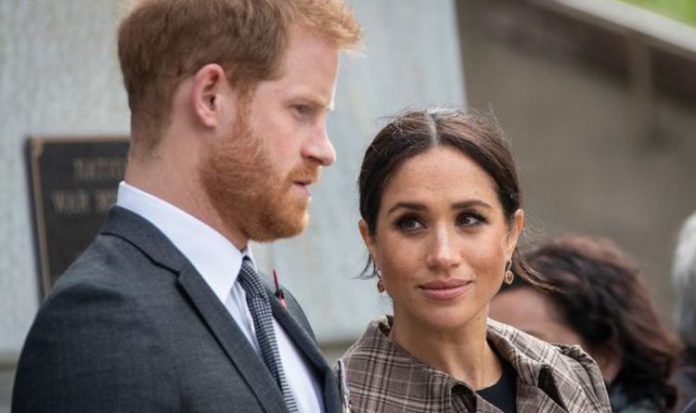 The Duke and Duchess of Sussex’s tell-all interview with the US chat show host airs next Sunday. But royal biographer Hugo Vickers warned it is “all about their self-promotion”.

Mr Vickers told the Mail on Sunday: “I imagine the Duke and Duchess of Sussex will just have one long whinge to Oprah Winfrey.

“It’s all about their self-promotion.”

Former actress Meghan will open up to Winfrey about royal life before she is joined by her husband to discuss their move to America and future plans.

US television network CBS said in a statement: “Winfrey will speak with Meghan, the Duchess of Sussex, in a wide-ranging interview, covering everything from stepping into life as a royal, marriage, motherhood, philanthropic work to how she is handling life under intense public pressure.

READ  Together for women's safety: joint statement from the British Embassy Bucharest

Winfrey attended the Sussexes’ royal wedding back in 2018.

She reportedly met Meghan just once before the big day.

Buckingham Palace is likely to be bracing for the interview after Harry opened up about Megxit to TV host James Cordon during an appearance on The Late Late Show.

“We all know what the British press can be like, and it was destroying my mental health.

Harry added: “So I did what any husband and what any father would do – I needed to get my family out of here.

It was confirmed earlier this month that their departure will be permanent.

The couple, who are expecting their second child, are living in a mansion in California with their young son Archie.