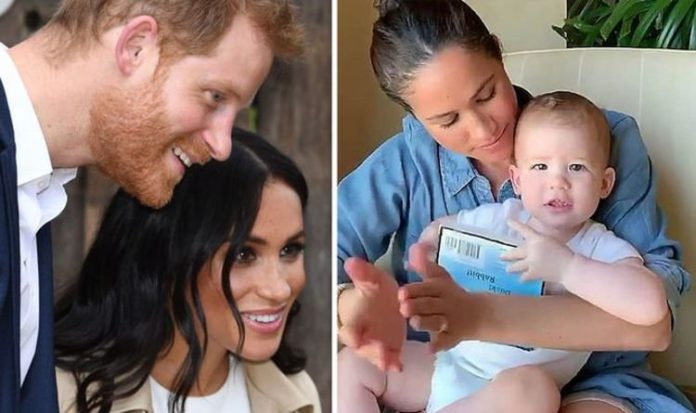 Meghan Markle, 39, and Prince Harry, 36, may have quit the Royal Family but the couple are still expected to honour the time-old tradition of sending out Christmas cards to friends and those they have worked closely with over the past year. This week Kate, Duchess of Cambridge, 38, and Prince William, 38, shared their adorable family Christmas card snap with royal fans and Meghan and Harry are expected to do the same in the coming days.

William and Kate’s Christmas card featured the couple with their three children – Prince George, seven, Princess Charlotte, five, and Prince Louis, two, looking cosy and happy in a rustic setting with firewood stacked in the background.

Heir apparent Prince Charles, 72, and his wife Camilla, Duchess of Cornwall, 73, were also among royals to release their Christmas card to the public this.

The card featured a cheery summer photo of the couple surrounded by flowers at their Scottish home Birkhall.

Last year, Meghan and Harry’s Christmas card was leaked to the public and featured a heart-melting photo of their young son Archie Harrison crawling towards the camera.

He added: “But we’ve had new pictures of the Cambridges and the Prince of Wales and the Duchess of Cornwall which we’ll talk about shortly.

“But it’s also been a very busy week for royal news, we’ve had huge announcements from the Sussexes.

“From the Duchess of Sussex’s sort of first public business investment to the announcement of a deal with Spotify.”

Mr Scobie joked: “We now have competition Maggie, we are not the only cool podcasters on the block any more.”

When will Archie next see the Royal Family?

The coronavirus pandemic will have pushed back any plans Meghan and Harry might have had to visit the UK with Archie.

The one-year-old has not seen his royal relatives since last November and a reunion with his great-grandparents the Queen, 94, and Prince Philip, 99, could be on the cards next year.

In March, Harry is expected back in Europe to oversee the Invictus Games going on in the Hague.

There is a chance Meghan and Archie could travel back to Europe with him and spend some time in Britain next spring and summer.

Harry’s grandfather Prince Philip is due to mark his 100th birthday in June and it may be that Harry doesn’t want to miss the extraordinary milestone.