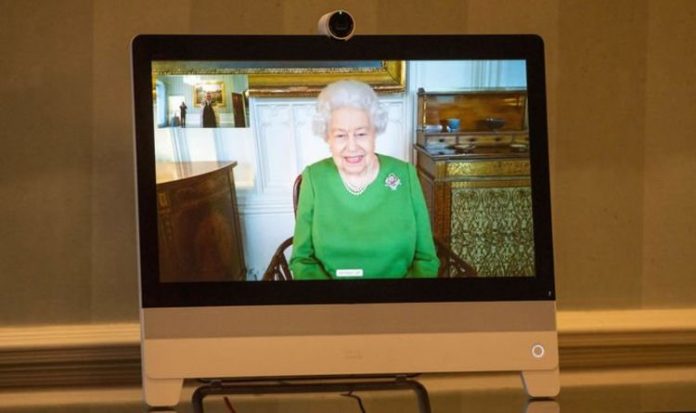 Her Majesty’s words are expected to be particularly personal and poignant this year to drive home the message that Britain can defeat coronavirus by coming together and protecting others. It is hoped record numbers will view the 3pm Christmas Day broadcast and it will be a rallying cry inspiring people to continue supporting each other in the pandemic.

A senior political source said: “The strength of the Queen’s words would help convey the importance of a combined effort to combat the worst ravages of the virus.”

In a first, the speech will be available on Amazon Alexa smart devices, so more people from around the world can listen in at the time it is broadcast on TV and afterwards. It caps an unprecedented year of momentous addresses by The Queen, 94, who has been evoking the wartime spirit in the fight against Covid.

This time she is expected to pay tribute to those battling to find a vaccine, and everyone else who has gone the extra mile to keep Britain and the Commonwealth going during the pandemic.

Buckingham Palace, which often gives a taster of the speech and its central theme in advance, has decided to announce nothing about its contents ahead of Christmas Day this year in an effort to maximise the impact and audience.

The Queen is to give a personal speech this year (Image: Getty)

A senior source said: “It’s the surprise factor. We just felt it would help with the impact this year.”

Her speech is also likely to send a message to the millions watching about the need to continue to follow official advice and cut the risk of spreading the virus.

It is being seen as her most important speech in years, and it is hoped it will unite the country – and even the world – in their efforts to beat the pandemic.

The speech will complete a momentous year for the Queen in which she has reassured and encouraged the British people as they dealt with the virus and the loss of thousands of loved ones.

Almost 24 million people watched her special broadcast to the nation in April when she echoed the promise of Vera Lynn’s Second World War hit song.

The Queen is likely to encourage Britons to follow social distancing (Image: Getty)

The Queen said: “We should take comfort that while we may have more still to endure, better days will return.

She also then urged the country not to lose heart, saying: “This time we join with all nations across the globe in a common endeavour, using the great advances of science and our instinctive compassion to heal. We will succeed – and that success will belong to every one of us.”

Then for the 75th anniversary of VE Day in May, the Queen paid an emotional tribute to Britain’s lockdown spirit. She said: “Our streets are not empty – they are filled with the love and the care that we have for each other.”

She added that those who fought for Britain during the Second World War would be proud of their countrymen and women today.

“When I look at our country, and see what we are willing to do to protect and support one another, I say with pride that we are still a nation those brave soldiers, sailors and airmen would recognise and admire.” As part of efforts to maximise the global audience, a deal has been struck with Amazon’s Alexa voice-controlled devices. Amazon had asked if the palace could make the message available on the gadgets.

The Queen, who is known to embrace new technology, was happy to oblige.

It will work on Amazon Echo speakers, across the Commonwealth and beyond, which have language settings as “British English”, as well as American, Australian, Canadian and Indian varieties of English.

Eric King, director of Alexa Europe, said: “After a challenging year, millions of people from across the Commonwealth will be eagerly awaiting Her Majesty the Queen’s message on Christmas Day. By creating this world-first innovation, we hope that even more people will be able to enjoy the uplifting words of Her Majesty.

“This really showcases just how far technology has advanced since the very first speech was delivered back in 1932.”

A royal source said: “Our aim for the broadcast is always to share the Queen’s words with as many people as possible across the Commonwealth.” The Queen and the Duke of Edinburgh, 99, are spending a quiet December 25 at Windsor Castle rather than their traditional Royal Family gathering at Sandringham in Norfolk.

Some family may drop in and speak to them in the grounds, but the couple have decided against forming a bubble with anyone, despite the relaxation of rules.

It will be the first time since 1987 that the monarch and Philip have spent Christmas Day quietly at Windsor, rather than hosting a large gathering at Sandringham.

That large events are banned this year means more people will be tuning in to the Queen’s Speech.

Last Christmas 7.85 million watched the message. It was a 20 per cent rise on the previous year, and many more people saw it on their computers or tablets or in other Commonwealth countries.