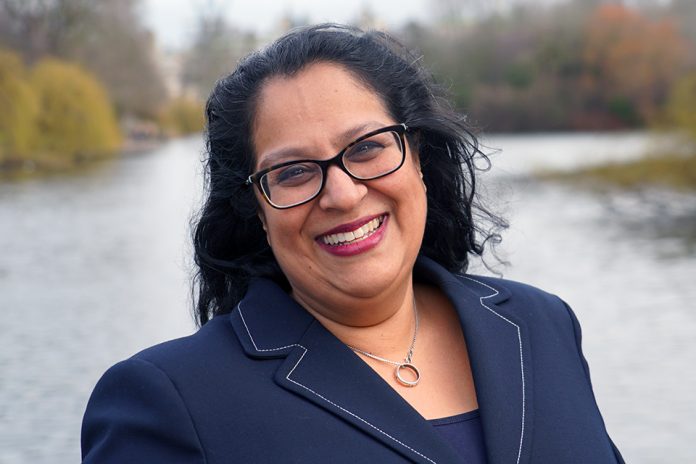 Happy New Year. Along with a general optimism that this year will be better than last, it’s a pleasure to ring in the new by congratulating GLD’s Mel Nebhrajani, former Legal Director of the Department for Health and Social Care Legal Team, who has been appointed a Companion of the Bath (C.B.) in the Queen’s 2021 New Year’s Honours List.

The citation for her award states it is in recognition of her services to the Government Legal profession, especially during the COVID crisis.

“I was stunned when I was told I was being appointed Companion of the Bath – it was so unexpected – but I am also utterly thrilled and proud. I want to thank all those who have supported me without whom this would never have happened. It is truly an honour!”

Mel has undertaken legal work over a number of years and in several different legal teams, deftly handling a range of important issues. She has demonstrated leadership over a sustained period, particularly during the COVID crisis, in which she played a key role in co-ordinating legal issues across Whitehall.

Her work in the networks across GLD, particularly on race and as champion of the parents network, has been a leading light in promoting these issues across the civil service and in helping people across GLD.

“Mel has demonstrated great skill, commitment and compassion in every area of her work. I am proud to congratulate her on this achievement.”

We join with Peter in congratulating Mel and wishing her continued success.