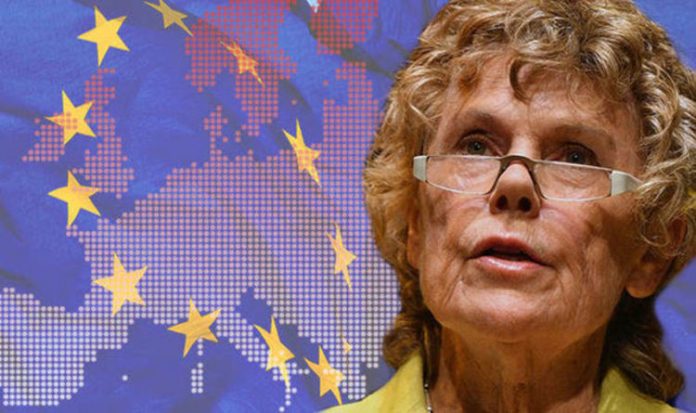 A report suggested that some politicians believe that exiting the EU was adding to their workloads. But Brexiteer Labour MP Kate Hoey dismissed the claim as “complete nonsense”.

The Independent Parliamentary Standards Authority (Ipsa), which administers MPs’ pay and expenses, revealed in a survey that there had been “requests to further increase MPs’ staffing budgets due to their increasing workloads, some of which is the result of Brexit”.

But Ms Hoey rejected the claim that the referendum vote had increased MPs’ workload.

She said: “Yes we probably are busier but that is in my case mainly housing-related issues in London and also issues with benefits. Nothing to do with the European Union and not enough to justify an increase.”

Sir Alistair Graham, former chairman of the Committee on Standards in Public Life, warned Ipsa to be “very cautious” before agreeing bigger staffing budgets, given it might boost the household incomes of some 150 MPs who employ family in their offices.

He added: “Brexit sounds like a rather convenient argument for increasing funding.”

Harry Fone, of the TaxPayers’ Alliance, said: “MPs have had pay increases year on year, with allowances for staff and accommodation also increasing annually.

“Taxpayers will not begrudge MPs getting high salaries if they can demonstrate that they deliver good value for money.”

Sir Kevin Barron MP, chairman of Parliament’s Standards Committee, added: “It is essential Ipsa achieves value for money as we are all funded by taxpayers.

“Requests for contingency funding should be judged individually on their merits but only awarded where need is clear.”

An Ipsa spokesman said: “We review budgets annually, but, to date, no MPs have formally requested additional budget as a direct result of Brexit.

“However, some MPs have expressed a desire for additional resources to cope with increasing constituency casework. We shall seek the views of MPs on this matter in the autumn.” However, Ipsa said it has not ruled out meeting future Brexit-related budget requests.”