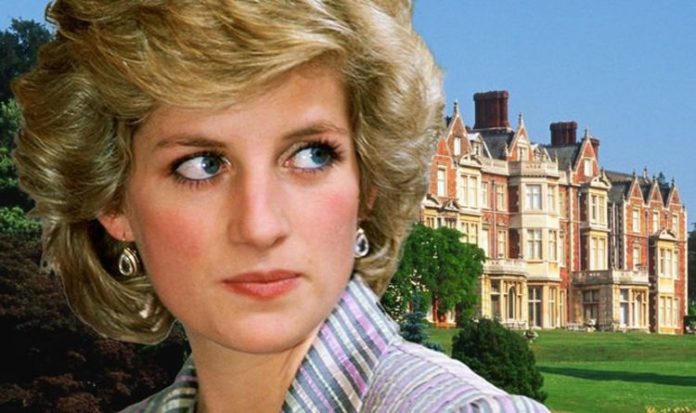 Princess Diana and Prince Charles’s tense marriage is chronicled in the new season of the Netflix drama The Crown which was released earlier this month. The series takes artistic license with its storylines and has been criticised by some for inaccurate portrayals of Royal Family members. Nonetheless, the episodes are hung on historical events, including Christmas at Sandringham in 1990.

In the Sandringham Christmas episode, Diana is depicted as hiding upstairs in her bedroom as the Royal Family gather downstairs.

The series portrays Diana and Charles’s marriage as barely hanging on by a thread when the Princess receives a pep talk from her father-in-law Prince Philip.

Diana, played by actress Emma Corrin, confides in the Duke saying she is in a “dark, loveless cave” and that she wants to “break away”.

However, Philip’s response is shown as being less than sympathetic as he warns her against divorce saying it won’t end well if she does break away.

Diana responds: “I hope that isn’t a threat, Sir.”

While this Sandringham encounter is clearly fictionalised it brought back memories for one royal insider who recalls bumping into Diana at Christmas that year.

Former royal chef Darren McGrady worked in the palace kitchens for more than a decade and was Diana’s private cook for several years.

Reacting to the Sandringham Christmas episode of The Crown on Twitter, Mr McGrady said it was “too sad.”

When did Prince Charles and Princess Diana separate?

Prince Charles and Princess Diana announced their official separation in 1992.

However, they did not divorce until several years later amid fears it might affect Charles’s right to the throne if he were a divorced king.

On December 9, 1992, after more than a decade of marriage, Princess Diana and Prince Charles’ separation was officially announced in a statement read by then Prime Minister John Major in the Commons.

Buckingham Palace released a statement on the same day in which it emphasised there were no plans for the couple to divorce.

The Buckingham Palace statement issued at the time read: “The Queen and the Duke of Edinburgh, though saddened, understand and sympathise with the difficulties that have led to this decision.

“The fact is that, with great sadness, they have recognised that their continuing relationship would be better under separate domestic arrangements.

“They are still fond of one another and fully supportive of one another’s intentions to fulfil their individual public duties as wholeheartedly as before.”

The Palace statement added both Diana and Charles would participate fully in the upbringing of their two sons – Prince William and Prince Harry and they would continue with a separate schedule of public engagements, occasionally attending events together.

While Prince Charles was to move to Clarence House, Princess Diana would remain living at Kensington Palace.

They finally divorced in 1996, a year after Princess Diana gave a bombshell interview to the BBC’s Panorama programme in which she spoke openly about Charles’s affair with Camilla Parker-Bowles and questioned his suitability as king.

The interview caused a public scandal and prompted the Queen to order the royal couple to officially end their marriage.