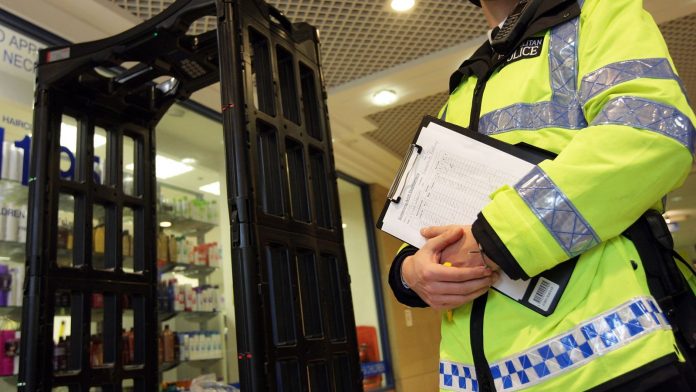 Stop and search powers could be extended significantly under new plans from Home Secretary Sajid Javid.

He is reportedly planning to let police stop anyone suspected of carrying acid without good reason.

Laser pointers and drones would also be targeted as part of a crackdown on new types of crime, according to The Times.

Campaigners have warned a “disproportionate” use of stop and search would “undermine” trust between communities and officers.

Mr Javid is expected to open a public consultation on the plans.

In April, the government published its serious violent crime strategy, which created a new offence of holding a corrosive substance.

But any changes to stop and search powers will need to be passed by MPs in parliament.

Ed Davey, the Liberal Democrats’ home affairs spokesman, said it was pointless changing laws when there were too few officers.

He warned: “Thinking new stop and search powers will help ignores the evidence, is frankly a derisory response to criminal threats from hi-tech drones and lasers, and is a distraction from the real challenge of rebuilding community policing.

“Only a long-term financial commitment to community policing will restore the trust in police that is so vital to fighting crime, whilst a disproportionate use of stop and search can undermine that very trust community police officers rely on.”

A Home Office spokesperson said: “As outlined in the serious violent crime strategy we are looking at ways to strengthen police powers to identify individuals carrying corrosive substances.”