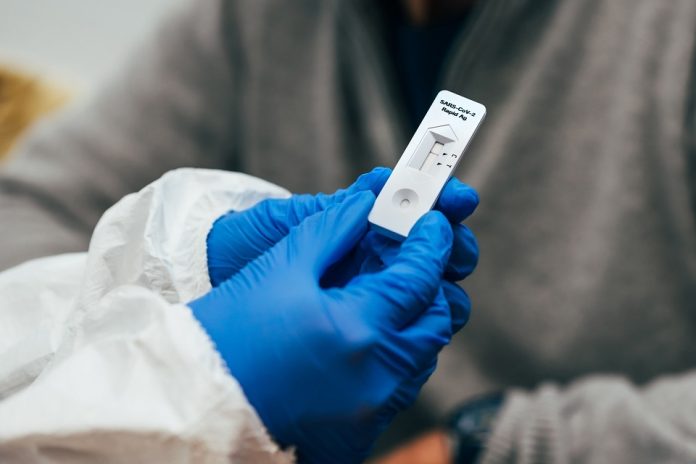 The latest weekly statistics reveal a continued strong performance into February by NHS Test and Trace, reaching more than 210,000 people, and testing more than 2.5 million people for COVID-19. The service successfully reached 87.9% of cases and 93.6% of their contacts, making a real impact in breaking chains of transmission.

Since its launch last May, NHS Test and Trace has now reached more than 6 million contacts, including 90.2% of close contacts for whom communication details were provided.

Of those who took their tests in-person at either a local or regional test centre or mobile testing unit in the latest reporting week, nearly all (95.8%) received their results the following day, while the median turnaround time for home test kits has reduced to 33 hours.

The service continues to reach a high proportion of cases and contacts, with people able to receive a test result more quickly and conveniently. The median distance that people will have travelled for a test remains just 1.9 miles, compared to 5.1 miles as recently as September.

Week after week these results continue to have an enormous impact. Thanks to NHS Test and Trace’s continued outstanding performance, we are helping to halt the spread of the virus.

Around 1 in 3 people with COVID-19 are asymptomatic which means every positive rapid test helps us break a chain of transmission we wouldn’t have otherwise identified. To identify these hidden cases NHS Test and Trace is conducting over 1.7 million rapid tests per week, and, since January, this has included all school staff.

This has been another strong reporting week for NHS Test and Trace as the service continues to evolve in order to reach high proportion of cases and contacts quickly and conveniently. Since the service was launched, 70 million PCR tests in the UK have been conducted – more than one for every person living in the UK, which just demonstrates the current scale of NHS Test and Trace.

More than 95% of in-person tests now return results the next day, compared to less than 50% in the week ending 23 December, ensuring we are contacting as many people as possible, as quickly as possible, with the service continuing to improve.

I am incredibly grateful to everyone involved in NHS Test and Trace, combined with the local expertise of local authorities, who are working non-stop to help us combat the spread of the virus.

As of 24 February, more than 83 million tests have been processed in the UK in total since testing began, more than any other comparable European country. In total, almost 22.8 million people have now been tested at least once since NHS Test and Trace was launched – that equates to more than a third of all people in England.

Pillar 1 test results made available within 24 hours has increased to 96.7%, compared with last week’s percentage of 97.4%. 96.9% of satellite tests were received within 3 days after the day they were taken, compared with 96.7% the previous week.

On Saturday 20 February, the 500th local test site (LTS) was opened in Daventry, Northamptonshire. Since May, on average 20 test sites have been opened each week, with these LTS complementing part of more than 1,000 symptomatic test sites in operation, ensuring people are travelling a shorter distance than ever before to get a test.

So far, more than 9.1 million cases and contacts have been reached and told to self-isolate by contact tracers.

83,000 positive cases were transferred to contact tracers between 11 to 17 February, with 72,976 reached and told to self-isolate.

In total during the week of 11 to 17 February, 210,324 people who had either tested positive or been identified as a recent close contact were reached and told to self-isolate, people who might otherwise have gone on to unknowingly spread the virus.

Support for those self-isolating is also expanding. As announced in the COVID-19 Response roadmap published on Monday 22 February, the Test and Trace Support Payment Scheme will continue into the summer, and will be expanded to cover parents who are unable to work because they are caring for a child who is self-isolating. The funding made available for local authorities as part of this to make discretionary support payments will be increased to £20 million per month. There will be more funding too to help local authorities ensure people self-isolating have access to practical support, such as food deliveries or help with their caring responsibilities, and support for wellbeing.

The weekly statistics from the 38th week of NHS Test and Trace (England) show in the most recent reporting week (11 to 17 February):