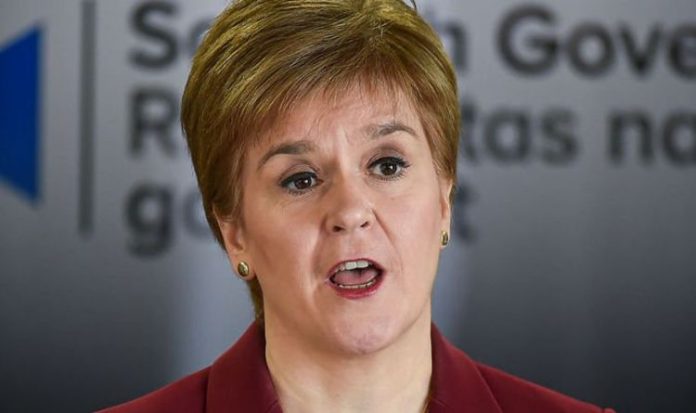 The figure of 1,264 shows a record number of deaths for the sixth consecutive year, and the highest since records began in 1996. The count has doubled over a ten year period and represents a six percent increase on 2018 statistics.

Data from the European Monitoring Centre for Drugs and Drug Addiction says Scotland has the highest recorded drug death rate in Europe.

It is more than three and a half times the figure for England and Wales.

Andrew Horne is Scotland’s director of drug, alcohol and mental health charity We Are With You.

He described the figures, produced in The National Records of Scotland report, as “tragic” and said those suffering with drug problems “are often vilified”.

Mr Horne said: “Behind these numbers are stories of extreme trauma and resilience, of brave people who were dealt a difficult hand and did their best to survive, of people who were let down by their society.

“Scotland considers itself a proud, progressive and socially conscious country and I consider that to be true.

“But these figures are at odds with our identity.

“We need to recognise that problematic drug use is often a reaction to people’s surroundings.

Sweden was the second highest with 81, followed by the UK at 76.

The report said the median average age of drug-related deaths had risen from 28 to 42 since 1996, and that two-thirds of those who died were aged 35 to 54.

Scotland’s First Minister Nicola Sturgeon was asked by ITV’s Julie Etchingham about the handling of public health resources, and described latest drug figures for Scotland as an “absolute indictment” of the SNP.

The SNP leader, speaking ahead of the figures release date, said: “It is not acceptable and I as First Minister leading an SNP Government take responsibility for both the situation and also taking the action to resolve the situation.”

Scottish Tory MSP Donald Cameron said: “These statistics are both dreadful and heartbreaking in equal measure.

“Every one of these deaths is a tragic loss of life that could have been avoided.”

David Liddell, chief executive officer of the Scottish Drugs Forum, said: “None of us should regard these preventable deaths as acceptable or as anything other than a national tragedy and disgrace.

“The need for change is obvious and that change is long overdue.

“Broadly, the challenge in terms of treatment is to ensure that people with a drug problem are treated with dignity and respect.”