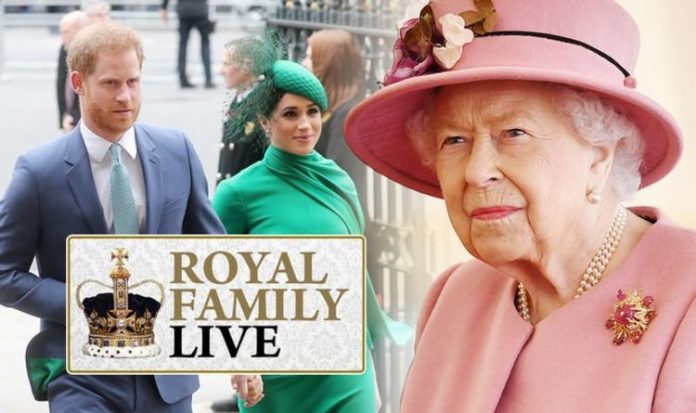 The Duke and Duchess of Sussex achieved their goal of finding financial independence away from the Royal Family this week as they announced a new lucrative deal with Spotify, on top of their multi-million pound deal with Netflix. But it has been argued this could put them in “dangerous territory” with royal protocol if they interview anyone with strong political views, as the Queen traditionally stays away from politics.

Commentator Darren Grimes warned this move could be the final straw for the Queen after she previously showed patience by not removing their titles when they’ve broken protocol.

He said on his Reasoned show on Youtube: “What is their status as royals because this starts to become pretty dangerous territory for the Royal Family.

“If these celebrities are able to swan around Hollywood, be front and centre of a camera on Netflix or the audio of a Spotify playlist elevating those with political opinions, it might actually go against the grain and break royal protocol.

“Surely it calls into question, the farce of them wanting a private life, that has been exposed as the farcical sham it always was.

“But it also exposes the fact that the Royal Family have not removed the royal titles from this couple.
“To me, it strikes me as quite a dangerous move by the Royal Family.

“This is because it exposes the magic of monarchy.”