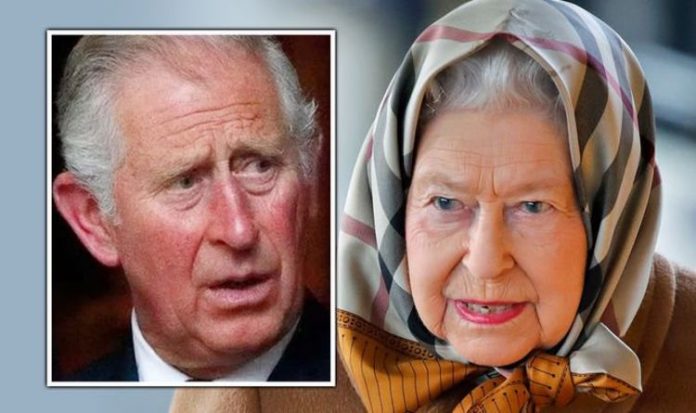 Prince Charles is expected to succeed his mother the Queen when she passes away after spending over five decades preparing for his next role during his tenure as Prince of Wales. But expert Penny Junor forecast the passage of power will leave Charles grappling with a “huge” degree of sadness despite the long wait to become King. Speaking to Channel 5 documentary ‘The Queen and Charles – Mother and Son’, the royal expert said: “Coming to the throne, of course, it’s what he’s been preparing for his whole life, but it will also be tinged with huge sadness.

“Because it will mean that his mother is dead.”

Royal commentator Nick Bullen made a similar assessment when explaining why Prince William is in “no rush” to take on the role of King despite speculation about the Queen possibly bypassing Charles in favour of anointing her grandson as the next King.

Mr Bullen said: “William is in no rush to be the King.

“It is this weird thing you have with royals. I spoke to the Prince of Wales about this – to get that top job, you are essentially wishing your parent or grandparent to be dead.

JUST IN: Queen heartbreak: Monarch’s last words to Prince Harry before he stepped back

“It’ll happen in due course and William is in no rush for it.”

Despite the sadness Charles is expected to experience once the Queen does pass on, Ms Junor remarked the Prince of Wales is likely to become one of the most-prepared sovereigns the UK has had in nearly a century.

Charles is set to become the first Prince of Wales specifically trained to be King since his uncle, King Edward VIII, took on the title in 1910.

Royal author Ingrid Seward said: “Charles will come from a completely new perspective. There will be a smooth transition but it will be different.”

The Prince of Wales showed his commitment to royal duties throughout the lockdown, keeping up with his engagements virtually despite himself contracting the coronavirus and being forced to isolate.

Charles and Camilla, the Duchess of Cornwall were among the first royals to return to public duties in June, with the couple paying tribute to NHS staff with a visit to the Royal Gloucestershire Hospital near their Highgrove Residence.

The pair is expected to reunite with the Queen and Prince Philip at Balmoral for a few weeks now Her Majesty and the Duke of Edinburgh have been allowed to move the court from Windsor Castle.