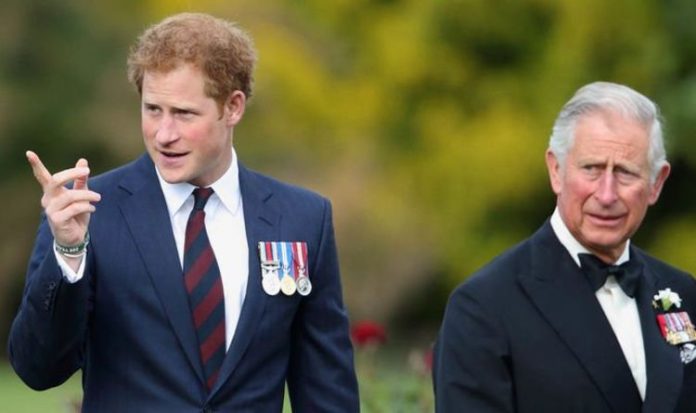 Prince Charles and Harry are on good terms, Daily Express royal correspondent Richard Palmer stated amid claims of tensions between the Prince of Wales and his younger son. The relationship between Prince Harry, Prince William and their father has been out under the microscope since the publication of Finding Freedom, an unauthorised biography of the Duke and Duchess of Sussex.

However, claims made in the book regarding a “hot and cold” relationship between father and sons, especially with Harry, has been dismissed by sources, according to Mr Palmer.

Similarly, claims Charles had supported Harry and Meghan Markle’s legal bid against a British tabloid made by one of the authors of the biography, Omid Scobie, have also been slapped down.

Mr Palmer wrote on Twitter: “Charles did not support Harry and Meghan’s war with the media but I understand his personal relationship with Harry has been good.”

READ  PM call with President of the European Commission: 3 October 2020

Alongside with royal commentator Carolyn Durand, Mr Scobie has recently released a biography of Meghan and Harry saying to have the intention of setting the record straight on the reports on the couple.

In the book, Mr Scobie and Ms Durand quoted a source on Harry and Charles’s relationship, who said: “While Charles may be a father to Harry, he’s also their boss, and that makes their relationship complex for a number of reasons.

“Charles is extremely focused on his public image, and there have been times Harry has felt that has taken precedence over everything else.”

The authors also claimed Prince Charles’s heartwarming family pictures taken to mark his 70th birthday had been a nightmare to arrange because neither of his sons were making themselves available.

Mr Scobie made similar claims in an interview with Kate Thornton.

He said: “Someone close to Prince Charles [said] this was a headache to arrange.

“Of course schedules do come into that but the other reason I was given was that the boys have in the past run hot and cold with their father.

“He’s not just their father, he’s also the future king and their boss – he’s the purse keeper.

“There are many political things here which can feed into a very up-and-down relationship, and it was felt by those at Clarence House that it was a headache to put together.”

Mr Scobie also claimed Prince Charles had quietly backed the Duke and Duchess of Sussex’ ongoing legal action against the Mail on Sunday.

Mr Scobie and Ms Durand have wholly denied Meghan and Harry have collaborated on this book in any way.

However, a royal commentator has stated Prince Harry and Meghan may have had more power that the public has been led to believe over this book.

Royal expert Richard Fitzwilliams said the Duke and Duchess of Sussex could have prevented their close friends from sharing such intimate details about themselves and the Royal Family had they wanted to do so.

He wrote on Twitter: “It’s full of intimate details, if Harry & Meghan hadn’t wanted this, of course they could have stopped it.”