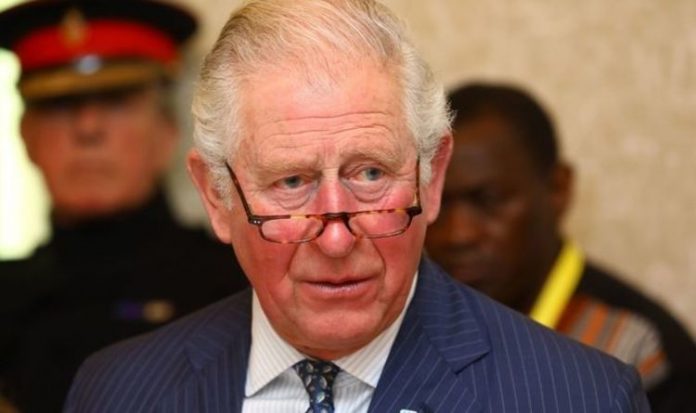 The future King was embroiled in debate regarding “conventional” farming techniques, which Charles argued causes pollution. He claimed these techniques included the “overuse of antibiotics, the overuse of growth-promoting hormones in beef production”, something that will leave nature “ending up in tears if it went too far”. Charles then warned there “would be no tomorrow”, adding during a BBC Radio 4 broadcast that “the polluter should pay” for damage caused to the environment.

The royal has been a long-term advocate of ensuring the climate change crisis is halted, and regularly uses his position within the monarchy to share his views.

But in a throwback report, Charles’ pleas appeared to backfire after it emerged he travelled 16,000 miles in private jets and helicopters in 11 days.

At the end of his trip, he joined Ms Thunberg and other climate change enthusiasts to deliver a speech in Davos.

His speech unleashed his “bold and imaginative action” plan to combat the crisis, but it was overshadowed after his three gas-guzzling trips were revealed.

Such was the anger around his trips, a spokesman for Clarence House defended Charles’ use of private jets by claiming “global travel is an inescapable part of his role”.

He added in January: “When he travels he does so at the request of the Government.

“He does not choose the destinations any more than he chooses the means by which the journeys are undertaken.

“In these recent cases, the Prince was travelling to destinations where security and time restrictions were the major factors that dictated how arrangements had to be made.”

The 72-year-old said the UK owes farmers “an enormous debt of gratitude” as they continued working to supply food during the pandemic.

During an interview with Country Life in April, he admitted the Covid-19 crisis had “brought home how much we rely on our agricultural community”, everyone “from field to fork”.

He explained that their hard work shouldn’t be taken for granted, adding: “When was the last time anyone gave the availability of a bottle of milk, or a loaf of bread, or fresh vegetables a second thought?

“Suddenly, these things are precious and valued. And this is how it always should be.

“Food does not happen by magic. If the past few weeks have proved anything, it is that we cannot take it for granted.”

Charles hasn’t been the only “green” royal to experience backlash after promoting climate change views before enjoying a trip on a private jet.

Criticism was severe, with many infuriated at the couple, especially considering their previous comments and bold claims on wanting to make sure the world was a green place to live.

The row became so tense singer Elton John leapt to Harry and Meghan’s defence, posting a series of tweets to ensure the public knew he had paid for the flight, and the trip.