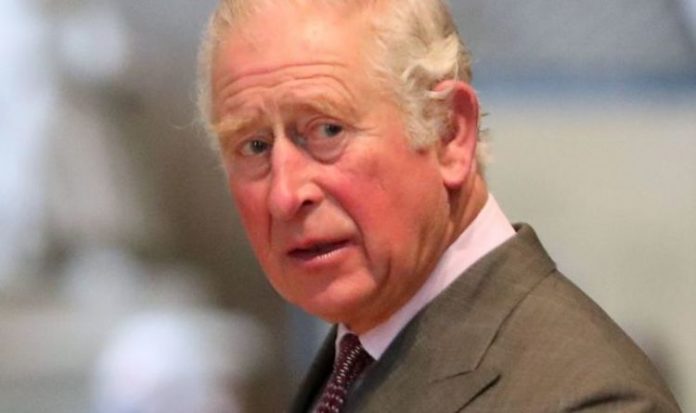 Prince Charles and Mr Titchmarsh got to know each other while collaborating on TV and radio shows. The gardening star admitted to having been a fan of the first series of The Crown, which focused on the early years of Queen Elizabeth II’s reign.

However, he feels the show has now got too close to the present day and may be based “too much on conjecture”.

Mr Titchmarsh said: “I’m not watching this series, because I’m afraid I’m one of those who thinks that it’s based too much on conjecture, and it will pass into received wisdom.

“I know Prince Charles quite well.

“And I would feel the same way as I would have any friend of mine that was portrayed on the box.

“I feel a loyalty to them.”

Mr Titchmarsh also voiced his worries many people may think the show is portraying events in an accurate fashion, which could be detrimental to the image of the people depicted on screen.

Speaking to the Daily Mirror, he added: “They say, ‘Oh, well it’s drama’. But no, it’s real people’s lives.

“If I were to make a film about your life, and invent the bits that I didn’t know, that wouldn’t really be very fair on you, would it?

The latest season of The Crown heavily focuses on Prince Charles’ early relationship with Princess Diana, their first years of marriage and finally his affair with Camilla Parker Bowles.

Several royal experts have claimed the shows presents inaccuracies and distorted facts – including the suggestion Charles and Camilla have been lovers throughout all his marriage with Diana.

It is widely believed the Prince of Wales stopped his affair between 1981 and 1986 and only resumed it when his marriage fell apart.

Speaking to journalist Jonathan Dimbleby in 1994, the prince said, after being asked whether he tried to be “faithful and honourable” with Diana: “Yes… Until it became irretrievably broken down, us both having tried.”

Mr Titchmarsh argued filling in the blanks to create a character or storyline based on real events can be dangerous.

He said: “I think when you stray too close to the present day, and start imagining what happens in a room with people who are… of high profile, then you start to affect other people’s perception of them by your imagination… not a good thing.

“These are real people who have had lives of complexity… that you don’t know about. You’re playing with people’s lives.”

Many, including royal historian Hugo Vickers, actress Helena Bonham Carter and Princess Diana’s brother Earl Spencer, have called for Netflix to issue a health warning before each episode of The Crown.

This, they believe, would make it clear the facts depicted in the show are not a faithful representation of the events but have been heavily dramatised.

However, Netflix said earlier this month it has “no plans” to issue a warning.

In a statement, the streaming platform said: “We have always presented The Crown as a drama and we have every confidence our members understand it’s a work of fiction that’s broadly based on historical events.