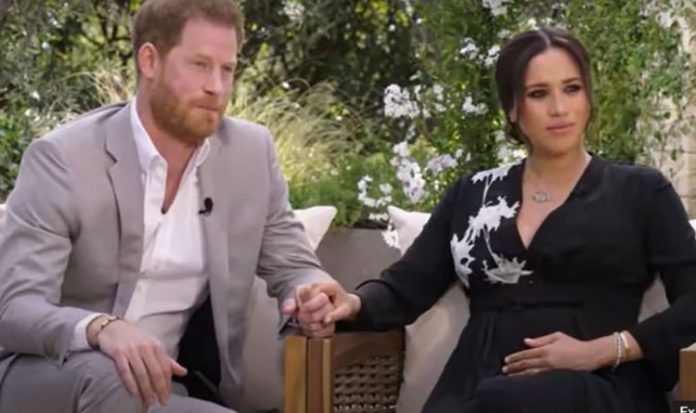 A CBS description of the programme read: “Winfrey will speak with Meghan, The Duchess of Sussex, in a wide-ranging interview, covering everything from stepping into life as a Royal, marriage, motherhood, philanthropic work to how she is handling life under intense public pressure.

On Friday, US TV journalist Gayle King added to the hype around the TV special by claiming sources had told her it was Oprah’s best work yet.

Royal author and editor Omid Scobie tweeted a quote from Ms King, who claimed insiders have told her Oprah’s sitdown with Sussexes is “the best interview she’s ever done.”