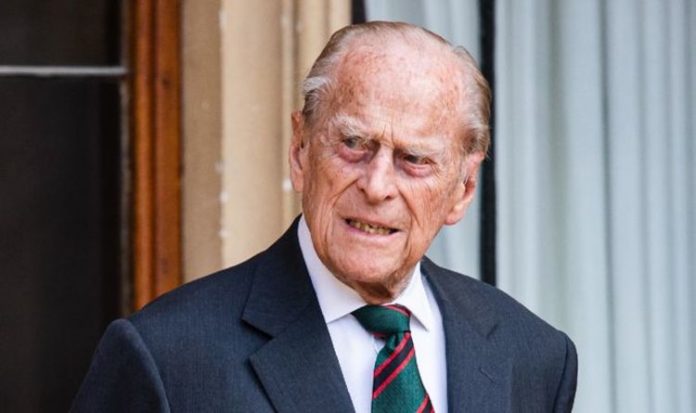 Royal expert Peter Hunt was quizzed on LBC by Eddie Mair about Prince Philip’s health and the statements from Buckingham Palace since he was admitted to hospital last week. Mr Hunt was quizzed about the lack of clarity from Buckingham Palace on the Duke of Edinburgh’s condition which appears to have sparked concern and confusion over his state of health. The royal expert also highlighted actions from his two sons, Prince Edward and Prince Charles.

The Earl of Wessex, Prince Edward today said his father is doing “a lot better” and Mr Hunt noted Prince Charles travelled over 200 miles to visit his father in hospital, which under current Covid restrictions is reserved only for exceptional circumstances.

Mr Mair said: “It seems to me that there was a growing concern about Prince Philip’s health.

“This was based in part, I am sure, from the lack of information from Buckingham Palace.”

Mr Hunt said: “Prince Edward has spoken on Sky today on another matter and talked about his father.

DON’T MISS: Queen ‘doesn’t give a monkey’s’ about Prince Harry as Duke is insulted

“He has talked about Prince Philip being ‘a lot better’ which implies that at some stage he wasn’t as good as he is now.

“He added that he is ‘looking forward to him getting out’ which is probably one of the greatest understatements.

“When Edward was asked whether Prince Philip was frustrated he replied ‘just a bit’.

“In that gap when that was released last Wednesday, we know that he stayed in longer than a few days.

“We know that the Prince of Wales, Prince Charles, made a 200-mile roundtrip in order to visit his father.

“The rules during Covid is that should only happen in exceptional circumstances.

“We don’t know what those exceptional circumstances were because we were not told.”