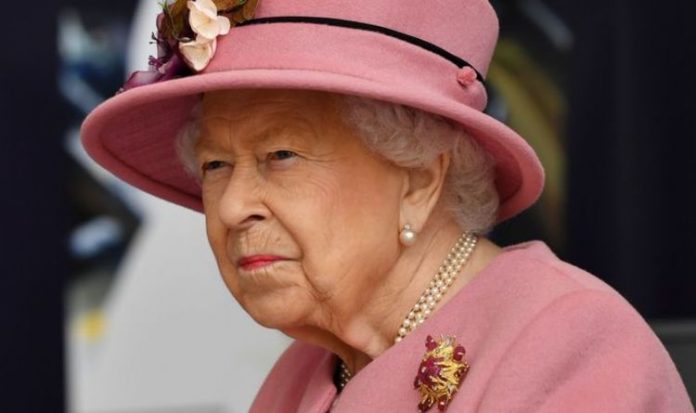 The Queen should have considered “other options” when reaching a conclusion on Prince Harry and Meghan Markle’s exit, a royal commentator has said. The monarch received confirmation last week that the Duke and Duchess of Sussex would not be returning as working royals, and so are also forced to give back their remaining patronages and honours. Royal commentator Peter Hunt spoke to LBC about why this was the wrong decision for the monarch to make.

He told listeners: “My feeling is that where we stand now is actually that history will come to judge the Queen poorly for this decision.

“When you strip away all of the palaces and everything, this is a family decision.

“This is a decision by a monarch about her grandson.

“He is her grandson and he is the son of a future king, and a compromise could have been concocted.”

Mr Hunt continued: “You could have come up with a future whereby they lived in the States, as they wanted to, but they could have returned occasionally.

“Maybe for Trooping the Colour, maybe for laying a wreath during the Remembrance Sunday service, maybe for one or two events.

“He could have kept his Captain General of the Royal Marines.

“They could have kept their joint links with the Commonwealth Trust.”

The Buckingham Palace statement on the decision read: “The Duke and Duchess of Sussex have confirmed to Her Majesty The Queen that they will not be returning as working members of The Royal Family.

“Following conversations with The Duke, The Queen has written confirming that in stepping away from the work of The Royal Family it is not possible to continue with the responsibilities and duties that come with a life of public service. The honorary military appointments and Royal patronages held by The Duke and Duchess will therefore be returned to Her Majesty, before being redistributed among working members of The Royal Family.

A spokesperson for the Sussexes said: “As evidenced by their work over the past year, the Duke and Duchess of Sussex remain committed to their duty and service to the UK and around the world, and have offered their continued support to the organisations they have represented regardless of official role.